The University of Central Florida (UCF) has removed statements condemning racism from multiple academic departments’ websites, leaving some faculty worried that the school was self-censoring due to a new state law limiting teaching of race and identity, the Washington Post reported.

On Jul. 13, some links on UCF department sites — including for the anthropology, philosophy and physics departments — appeared to be broken or removed.

The philosophy department statement had read, in part, “we acknowledge the key place of the university as a site of struggle for social justice and are committed to addressing the problem of anti-Blackness, white supremacy, and all forms of implicit and explicit racism in our professions, wherever we find it, even if in our own department.”

Dr. Shelley Park, a UCF professor of philosophy and cultural studies, said her understanding was that the provost had contacted deans and that the pages were temporarily removed, with guidance to come when faculty return for the fall.

“The university recently removed some departmental statements that could be seen as potentially inconsistent with our commitment to creating a welcoming environment — one where faculty objectively engage students in robust, scholarly discussions that expand their knowledge and empower them to freely express their views and form their own perspectives,”, UCF spokesman Chad Binette wrote in an email Wednesday.

“UCF is committed to building a culture that values respect, civil discourse, and creating a sense of belonging,” Binette said. “In an effort to more clearly communicate that commitment, we will be working with departments to ensure statements better align with our university values.” 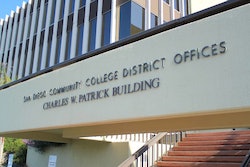