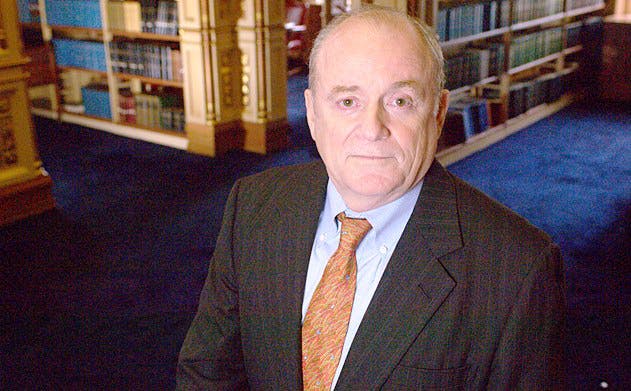 Washington – While four-year colleges are often presented as the best way into the middle class, more consideration should be given to career and technical education alternatives that lead to “middle jobs” paying good wages without requiring a bachelor’s degree.

That’s one of the major points made in a new report titled Career and Technical Education: Five Ways That Pay.

Dr. Anthony Carnevale, director of the Georgetown Center on Education and Workforce and lead author of the report, said career and technical education, commonly referred to as CTE, represents a series of missing rungs on the ladder of post-secondary education.

“We go from high school to Harvard,” Carnevale said. “That’s always been the American system. There [are] too many rungs in between that are just not there.”

“We need to focus more on alternative pathways to college for students who are less advantaged,” Carnevale said. “We know that programs that have strong applied focus, like career and technical education, that those programs prevent dropouts from high school; they improve math scores” and improve the chances of going onto post-secondary and training.

But those who emphasize these five alternative options run the political risk of being seen having a socioeconomic bias, Carnevale said.

“The minute you say there’s more than one way to go — one way is Harvard and the other isn’t — you can be accused of tracking by race and ethnicity,” Carnevale said. “Some of that is true, because a lot of the kids that need to avail themselves of applied programs are working-class, low-income … the ones not making it as we continue to tighten standards without giving people alternative ways to get there.”

Specifically, the report calls for the federal government to invest in “specific CTE programs of study that integrate high school and postsecondary curriculums with employer-based training.”

It also calls for the establishment of a “Learning & Earning Exchange” that will bring more transparency to the link between CTE and the labor market.

For instance, earlier this year, U.S. Secretary of Education Arne Duncan announced a proposed $1 billion in competitive grant funding to career and technical education for fiscal 2013.

To draw down the proposed competitive grant funding, career academies will have to partner with institutions of higher learning and the private sector and secure 25 percent matching funds.

Carnevale does believe that the career academies hold great promise.

“While we don’t emphasize career academies in the report, to the extent that they align to occupational programs of study at the postsecondary level, we think it’s a terrific idea and hope it gets serious consideration, and doesn’t get drown in discussion of budget deficits,” he said.

The administration has also pushed for “gainful employment” regulations that would have required higher education programs to show that at least 35 percent of students were repaying their loans, or to meet other repayment criteria.

Carnevale said the Learning & Earning Exchange would be broadly applied to both high school and higher education programs and tie transcript data to wage records to show whether specific programs are leading to jobs for graduates.

John Bridgeland, CEO of Civic Enterprises, said: “The whole point of this is to see the relationship between programs of higher education and how they’re doing in terms of training toward the labor market so that students don’t go into a vacuum.”

Asked whether the Occupational Outlook Handbook put out by the U.S. Department of Labor could serve this purpose, Carnevale said the handbook does not go far enough because it does not provide information on a regional, local or programmatic level.

The new CTE report illuminates the extent to which the five major CTE pathways are being pursued. It also shines light on how in a labor market with 139 million jobs, these five pathways lead to the 29 million “middle jobs” that require some post-secondary education but not a bachelor’s degree, and that have average earnings of $35,000 a year or more.

Specifically, the report found that:

n   Associate’s degrees account for 800,000 awards each year, half of which are related to career-oriented fields, such as nursing, business and information technology.

n   Postsecondary certificates have overtaken associate and master’s degrees as the second-most-common postsecondary award after the bachelor’s degree, with approximately 1 million being awarded annually.

n   Industry-based certifications such as Microsoft, Cisco, and CompTIA certifications account for $25 billion of spending on human capital development.

n   Employer-based training represents the largest pathway with $454 billion of spending, about two-thirds of which is informal.

Carnevale said these pathways hold great promise for students who “find it difficult to pursue a purely academic pathway, not because they are not able, but because the more applied kind of instruction garners their interest better.”

“They can see there’s a career at the end of the tunnel, even when they’re in high school,” Carnevale said.

“It gives them access to work experience and other kinds of experience that keep them interested and can provide them with some money,” Carnevale said.