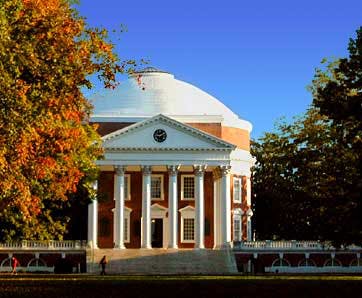 The University of Virginia is among schools extending the early applications deadline because of Hurricane Sandy.

Superstorm Sandy is buying some high school seniors a few more days to finish their early-round college applications, with a number of selective colleges extending deadlines that were set to fall later this week.

Most students applying to college face deadlines in January or on a rolling cycle throughout the year, but many selective schools have “early decision,” “early action,” or “priority” rounds whose Nov. 1 deadlines for applications and letters of recommendation fall on Thursday this year.

With the storm threatening widespread power outages and other disruptions along the East Coast, the National Association for College Admission Counseling called on colleges to extend deadlines if appropriate, and a number of schools were announcing via blog post, email or Twitter their plans to do so.

The University of Virginia and Duke University pushed their deadlines back from Thursday until Sunday; Dartmouth, Columbia, Cornell, Yale, Stanford and Boston University until Monday; the University of Pennsylvania until next Tuesday; and Brown and Tufts Universities said they would accept applications until next Wednesday, Nov. 7. The University of Maryland said the deadline would be extended, but didn’t give a date and told applicants to check back to its website.

“We hope this helps to relieve some of the stress and anxiety you might be feeling as the storm approaches your region,” Columbia said in a message on its website.

Others didn’t grant blanket extensions but said they would be flexible for affected applicants. Washington & Lee University in Virginia asked applicants who need extra time to contact the admissions office by phone or email, and Princeton University said those needing to file late should attach a brief explanation to their applications. Harvard posted a message on its admissions website saying it would accept applications and support materials beyond the deadline, whether due to the hurricane or a personal challenge, asking only for a brief email explanation.

According to NACAC survey data from last year, roughly 30 percent of public colleges and 60 percent of private ones offer either “early decision” or “early action” rounds in the fall. Generally, “early decision” means students commit to enrolling in that institution if accepted; early action is more flexible and gives students early notification if they’re accepted but lets them wait to hear from other colleges in the spring before deciding where to enroll.