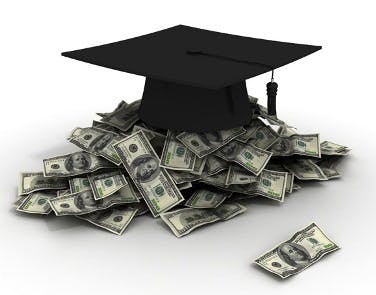 According to the GAO, parents are not maximizing college savings options.

“Less than 3 percent of families saved in a 529 plan or Coverdell Education Savings Account. … Families with these accounts had about 25 times the median financial assets of those without. They also had about 3 times the median income and the percentage who had college degrees was about twice as high as for families without 529 plans (or Coverdells),” says the GAO report, titled A Small Percentage of Families Save in 529 Plans.

Released in December, the report largely covers what are known as 529 College Savings Plans, which are administered by individual states and allow taxpayers to contribute to a savings account where the earnings accumulate as tax-deferred income. If the earnings included in withdrawals are used to pay for qualified higher education expenses, they are not taxed. Another initiative covered in the report is the Coverdell Education Savings Account, which is similar to the 529 savings account, but they are administered largely by private financial organizations.

Production of the GAO report was undertaken “in response to [Senator Max Baucus’] request to examine the extent to which 529 plans help families of all income levels save for college and how these plans affect student financial aid.” Baucus is the Chairman of the Senate Committee on Finance.

While the report does not specify policy recommendations, it acknowledges that existing college savings plans offer fewer incentives for families with low income to participate than it does for those with high incomes. “Although 529 plans do help some families save for college, families with less income and who are uncertain about whether their children will attend college may have less incentive to invest resources in 529 plans than in other forms of savings. In addition, the tax benefits attractive to a higher-income family do not offer as much benefit to a family with lower tax liability,” according to the report.

Financial aid experts and advocates say that it’s been known for awhile that participation in the federal college savings plans has been skewing toward the wealthy. They note that if modified and supplemented with grant programs the plans could play a greater role in helping low-income families finance college for their children.

“It’s been known for awhile that several of the states have been trying to get more low-income families to save for college. [That is] because there is an interesting result that when there is a college savings plan in the student’s name the student is much more likely to go on to college,” says Mark Kantrowitz, publisher of FinAid.org, a leading resource on college financial aid.

“There are a variety of state plans, which will match the contributions from low-income families, or give them a gift when the child is born,” he notes.

Hall notes that college savings plans are a relatively new policy innovation and it’s quite possible that they can be altered to attract a broader range of participants.