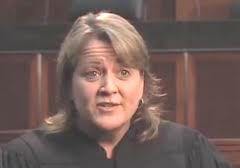 U.S. District Judge Virginia Kendall said a jury should decide whether Kennedy-King College discriminated against Thomas Rasheed in 2001.A community college in Chicago must go to trial in a religious discrimination suit by a Muslim former faculty member who was denied tenure and terminated, a federal judge has ruled.

U.S. District Judge Virginia Kendall rejected a bid by the City Colleges of Chicago to dismiss the case, saying a jury should decide whether Kennedy-King College discriminated against Thomas Rasheed in 2001.

In 2008, the college hired Rasheed for a full-time position in what was then its Graphic Arts Department, the decision said. He had more than 20 years of professional experience and previously taught as an adjunct or tenured faculty member at two other colleges.

He created a new curriculum and claims to have dramatically increased student enrollment in the program.

In December 2009, a high-level administrator asked Rasheed to give a presentation about his Islamic faith at a luncheon where employees could highlight their holiday traditions, Kendall said. “Rasheed agreed and wore tradition Islamic garb, read from the Koran in Arabic, and discussed how Islam and Christianity had many things in common.”

After the event, however, the suit claims, his formerly cordial relationship with the college’s interim president deteriorated.

The decision said Rasheed was occasionally late for classes, and an administrator admonished him for taking off a personal day and letting his teaching assistant fill in. Several other conflicts arose during that academic year.

The dean of career programs recommended tenure but the vice president of his division did not, nor did the president, the decision said. His contract was not renewed.

For example, Kendall cited the interim president’s “belief that collegiality is critical and the board [of trustees’] reliance on unresolved student issues, leaving an assistant in charge of his class, circumventing authority and his behavior towards other Kennedy-King employees may have been valid reasons to deny Rasheed tenure.”

A student who was dismissed from a doctoral program has lost his racial discrimination and breach-of-contract suit against Morgan State University.

And Stewart failed to provide sufficient evidence to support his claims, she said.

According to the decision, Stewart enrolled in the program in spring 2010. In his first semester, he got Cs in two courses. He also received an incomplete in an internship because he changed topics five weeks before the semester ended and didn’t complete the internship requirements on time.

He unsuccessfully appealed the Cs, and an independent committee that reviewed his internship work downgraded the incomplete to an F.

The university dismissed him in November 2010 under a policy of dropping students who receive two Cs.

In rejecting his Title VII employment discrimination claim, Chasanow said the two Cs he received from a White professor involved his status as a student, not as an employee, and “were not connected to any adverse employment action.”

She found “no discernable racial connotation” in any of the professor’s emails or remarks and noted that the instructor of record for the internship was an African-American professor.

She also said he “provided no evidence – just his own subjective belief – that his performance in the internship met Morgan State’s legitimate expectations, nor has he produced evidence that those expectations were not legitimate.”

In addition, there was no basis for the contract claim, Chasanow said, because the “statement of agreement” he signed at the start of the internship wasn’t a contract but merely outlined internship objectives,

Stewart represented himself in the case.

The California Court of Appeal has reinstated a disability discrimination suit against a community college that refused to allow its health center to give pills to a quadriplegic student.

The appellate panel said Citrus College in Glendora could be found liable under the Americans with Disabilities Act if a trial determines that its health center discriminated against Ricardo Murillo by refusing to provide a reasonable accommodation.

In the fall of 2008, Murillo experienced symptoms of autonomic dysreflexia, a syndrome common among people with certain spinal cord injuries, the court said. The syndrome creates a sudden onset of excessively high blood pressure.

The health center refused his request for assistance in lifting prescription pills to his mouth, citing a policy against administering medications to students.

His suit argues that such an accommodation would require only minimal physical assistance and would be a reasonable modification to the college’s general policy against administering medications to students.

The college countered that the health center offers only short-term acute episodic care, not treatment or management of chronic diseases. It also argued that it doesn’t offer specialized services for any student and that its medical staff aren’t available at all time during the school day.

A lower-court judge dismissed the case.

In reversing that decision, the Court of Appeal said a trial is necessary to resolve key factual questions. They include what hours comprise a “school day,” whether a medical professional is required to provide the requested assistance and whether the college’s safety concerns could be addressed if the health center receives copies of Murillo’s prescriptions or if he signs a waiver of potential claims.

As for the college’s contention that the proposed modification is unreasonable because it would force the health center to help every student with every type of medication,” the court said, “This argument ignores the fact that the plaintiff is seeking an ‘accommodation’ and not a change to the health center’s general policies with respect to other students.”

The court added that people with disabilities may be victims of discrimination precisely because they didn’t get disparate treatment when needing an accommodation.