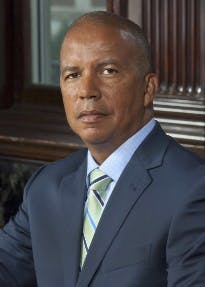 The city of Philadelphia just joined the vanguard of states and cities implementing free tuition at local community colleges. Starting next fall, some recent high school graduates entering the Community College of Philadelphia (CCP) will be eligible for scholarship funding that will make up the difference between CCP’s tuition and state and federal aid.

“We see far too many students – even with Pell Grants and state grants – who are unable to meet the gap between what their final tuition bill is and what they’re funded,” said CCP president Dr. Donald Generals.

Generals, who joined the college as president in July 2014, said that the college had been planning this for the past 4 to 5 months. CCP made the announcement on April 5.

“The reality is almost half of all the college going students in the country are going to community colleges,” Generals said. “So in many ways we’re akin to the way high schools were back a hundred or so years ago, where we are democracy’s educational institution.”

Tuition and fees are about $5,500 a year at CCP. The college will disburse between $450 and $500 per eligible student via the newly created 50th Anniversary Scholars Program. In order to be eligible for the program, prospective students must be Pell eligible, meaning that they come from households earning less than $50,000 a year. Students must also fill out a FAFSA form. Between the Pell Grant and the scholarship money, tuition will be free for students.

Additionally, students must meet certain academic standards. At a minimum, they must require only one semester of remediation in mathematics or algebra, and be able to test out of Composition I. CCP will offer boot camp and remedial workshops over the summer, but students must be up to speed by the fall semester.

Once in college, students will be required to maintain a 2.5 GPA and complete 12-15 credits per semester. “We want to really incentivize students to go full time, and to be serious about their education and maintain a reasonable GPA,” Generals said.

So far, the college is anticipating that approximately 450 students will be eligible for the program. “Last year, we had about 350 students who fell into this category, so we’re projecting an additional 100 students,” Generals said. He anticipates that the program will grow slowly, but if more apply in the first year than otherwise anticipated, that would be “a good problem to have.”

At the moment, the college has more than 420 full-time faculty, and Generals said that while the college is hiring to replace faculty who are retiring, they are not hiring more faculty in anticipation of a substantially increased enrollment.

Generals said that he anticipates the program will help give the college a competitive edge. “We’re looking to expand our market,” he said. “We think that students will be attracted to this.”

To raise the initial funds, the college combined several smaller scholarship funds. The college’s foundation is working to raise $10 million for an endowment that will pay for the scholarships out of the interest raised. In that eventuality, the scholarship would also cover the cost of books for students.

“Members of the Community College of Philadelphia Foundation Board so often are inspired by the determined students we meet and the success stories we hear every year,” Arlene Yocum, president of the Foundation Board, said in a statement.

“I think if we get to that point, we could probably look at expanding [the program], and possibly even reducing some of the academic restrictions, if you will,” Generals said. He noted that in the excitement of the past several days since the scholarship was announced, the college has raised $30,000.