Despite broad national support for such programs, state funding for higher education that is tied to performance metrics has mixed results at universities and community colleges, Community College Research Center (CCRC) researchers argue in a new book. 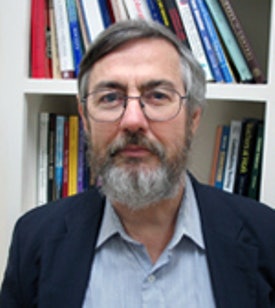 Diverse spoke with Kevin Dougherty, CCRC researcher and one of the six authors of “Performance Funding for Higher Education,” out earlier this week. Dougherty said that their research found that, while institutions are revamping their approach to student success and completion, the data does not conclusively indicate that performance funding has resulted in an increase in graduation numbers.

“What we’re trying to point out is that while it’s pretty clear performance funding has gotten the attention of institutions, and has resulted in their changing their academic practice and student service policies to do a better job of graduating students, it is also clear that performance funding to date has not proven itself conclusively to increase student graduation numbers,” Dougherty said.

CCRC researchers interviewed state officials, political figures, and institutional administrators and faculty at 18 universities and community colleges in Ohio, Indiana and Tennessee. They did not name individuals or institutions in order to preserve their anonymity. According to respondents among the administration and faculty at the institutions in the study, performance funding has had a number of unintended consequences on enrollment and academic standards.

The most frequently mentioned unintended impact of performance funding, across the full spectrum of institutions, was the restriction of admission to better prepared students. Even at community colleges and some four-year institutions, which have historically had an open-access mission and were designed to serve underserved populations, school representatives also said that they had been considering or actually implemented strategies to recruit better-prepared students.

Some of the restriction mechanisms included raising admissions requirements, such as upping the average GPA or standardized test score for each incoming class; more selective student recruitment; and targeted financial aid, such as shifting from a need-based to merit-based financial aid model. In some instances, respondents admitted that the search for better-prepared students also correlated with recruiting “better-advantaged” students, Dougherty said.

In other words, making enrollments more selective at such institutions might have the effect of shutting out the very students that such institutions were originally designed to serve. “That was of great concern for us,” Dougherty said. “This is clearly not an effect that is intended by policymakers; it’s an unintended but very important negative side effect that needs to be brought to the surface and discussed.”

The second most commonly cited unintended consequence of performance funding was the weakening of academic standards, although the majority of respondents said that this was a “potential” consequence and had not yet come into effect.

While performance funding is intended to improve metrics like student retention and graduation numbers, CCRC research indicates that performance funding has had unintended consequences (potential and otherwise) that might obstruct the very goals it sets out to achieve.

“States haven’t done enough thinking about what precisely to do to remove those obstacles and make sure the unintended impacts don’t occur,” Dougherty said.