While facing logistical challenges, reverse credit transfer is becoming a more common practice nationwide as a way of getting an associate’s degree or certificate for students who had gone on to take courses in a baccalaureate program that could be applied to retroactively award them a community college credential.

As states, educators, policymakers and philanthropists seek to expand the concept to increase rates of degree completion, minorities, first-generation students and adult learners could benefit most because they are most likely to have some college but no degree, according to experts. 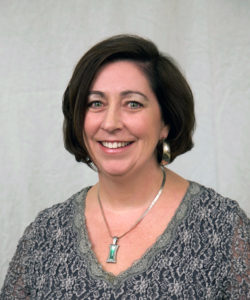 “Reverse transfer is growing,” said Dr. Jason Taylor, an assistant professor of educational leadership and policy at the University of Utah and a recognized authority on reverse transfer. “I don’t think we really know how many colleges and universities are engaged in it. Based on what we know, there are hundreds, but there’s no hard data.”

Although credit transfer historically has meant going from a community college to a four-year institution – and still constitutes the vast majority of student transfers – many states are actively working to use reverse transfer to help students obtain a credential that could mean a better job or higher pay.

The potential harvest is plentiful. There are more than 31 million people across the nation with some college credits but no degree, including about 1.2 million non-credentialed individuals with 60 or more credits. Further, in fall 2011, for example, only about 60,000 of more than 1 million students who transferred from a community college to a four-year school did so with a credential, according to a report released in August by the National Student Clearinghouse (NSC) Research Center.

Although variations are wide, there is evidence of some reverse-transfer policy, practice or partnership in every state, said Taylor, whose research mines the intersection of community college and higher education policy, access and equity, and educational and social inequality.

Thanks largely to the efforts of Degrees When Due and Credit When It’s Due, reverse transfer is expanding, said Taylor. He monitors the issue nationally and at least once a week learns of a new partnership or memorandum of understanding that formalizes reverse transfer between schools.

Michelle Blackwell has been at the forefront of reverse transfer for nearly a decade and served over two years as national manager of the Reverse Transfer Project at the National Student Clearinghouse (NSC), which has taken a national leadership role in helping to coordinate and facilitate efforts. Previously, Blackwell advised numerous states on reverse transfer as an expert in the field and related issues of transparency, privacy, security and technical limitations.

“It makes a difference to students, universities and community colleges,” said Blackwell. “It’s a win for everybody.”

Blackwell helped lead the advent of reverse transfer in North Carolina when it was one of 15 states with primarily public universities and colleges participating in Credit When It’s Due. Reverse-transfer programs have benefited thousands of students in the Tar Heel State, thousands in other states, and potentially can benefit millions nationwide, she said.

“Some states and agencies have made reverse transfer a policy priority and have brought stakeholders together to develop common policies and procedures and provide coordination and support,” said Taylor.

Middle Tennessee State University, where Blackwell once served as director of transfer student services, became the first campus in Tennessee to hammer out concurrent reverse-transfer and enrollment agreements. Blackwell’s work in that area led to establishment of a statewide reverse-transfer task force.

Oregon and Texas passed laws in 2011 to provide for reverse transfer, with Colorado following suit in 2012. Now, 19 states require reverse transfer with an eye toward increased opportunity for students and boosting educational attainment.

“It seemed like a great idea,” said Joe Garcia, president of the Colorado Community College System and former executive director of the Colorado Department of Higher Education. 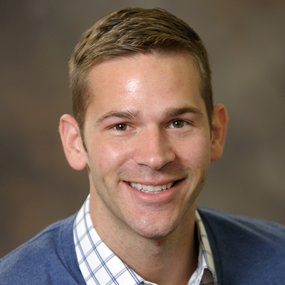 Since 2012, Colorado has awarded 1,448 associate’s degrees through reverse transfer – 437 of them in the last year alone – with every awardee possessing at least 15 credits at a two-year school and at least 70 credits overall, said Garcia.

The number is significant but “not nearly enough,” he said. “We should be able to do a lot more, but the thing that stymies us and most states is finding the students and getting the data. We don’t have systems that talk to each other.”

The goal of changing state law was to enhance students’ earning power while “sending a signal” to four-year schools about cooperating by sharing data, said Garcia.

“Many students who wanted a bachelor’s degree started at a community college and transferred,” he said. “They get more credits after transferring, but leave school for various reasons without graduating with nothing to show for it. Especially for communities of color and lower-income students, a lot of things get in the way of finishing. People work so hard and sometimes so long. They’ve spent money and time, but are no better off and have nothing to improve their standing in the workplace. But if you did finish, let us give it to you. I think that has value.”

Given that minority, low-income, first-generation and adult students are more likely to have some college but no credential, the boost that an associate’s degree gives baccalaureate program students toward obtaining a bachelor’s degree is particularly beneficial, said Taylor.

“They are the students most likely to benefit” from initiatives such as Degrees When Due which has “an explicit equity focus,” he said. “We’re really interested in the equity questions – who receives the degrees, and who benefits and doesn’t benefit.”

Reverse-transfer policies can reduce those numbers and help workers get a better job or higher pay with an associate’s degree or certificate.

“We know that when students get an associate’s degree, they make more money annually and over their lifetime,” said Blackwell.

Although students typically don’t set out with a plan to reverse transfer at some point, an opportunity that presents itself can save time and money toward a credential.

“Outreach efforts are happening where schools are doing audits of students and trying to find out who has a degree without knowing it and who is close,” said Karen McCarthy, director of policy analysis for the National Association of Student Financial Aid Administrators. “Lots of people are only a few credits away from some credential. If we make the transfer process easier, at least they have that, and that might help them in the workplace.”

Types of reverse transfer practices and programs are as wide-ranging as schools, said Martha Parham, vice president of communications for the American Association of Community Colleges.

There also are students who left community college, did not finish a bachelor’s degree and didn’t realize they had enough credits at the community college to file for and receive an associate’s, she added.

Gradually schools and states are finding ways to meet administrative challenges such as time, personnel and technology capacity needed to search records of students who may unknowingly have earned an associate’s, gain access to all of a student’s academic records at more than one institution, and review and compare courses to determine what may be transferable.

Student consent has been “a huge challenge,” with response rates ranging from five percent to 50 percent among transferred students contacted by schools to ascertain whether the potential completer qualifies for a credential based on a degree audit – and whether he or she even wants the credential, said Taylor.

To address that problem, some schools have begun embedding consent language into student transfer applications, he said. Others, such as the University of Hawaii and the University of Texas at Austin, have automated computer systems or collaborated with software firms or the NSC to enhance reverse- transfer processes.

Another hurdle is student skepticism of reverse transferring to get an associate’s degree when a bachelor’s degree is the student’s goal, said Taylor. A related concern of some four-year schools is that reverse transferring may distract a student from obtaining a bachelor’s – “they don’t see it aligning with their mission” to produce baccalaureate degree-holders, he said.

Blackwell noted that NSC is helping to remove some barriers, but there remain kinks that could be worked out with federal assistance.

As it stands, the NSC is the only entity that can cross private school, pubic school and state lines to support reverse transfer, she said.

That distinction becomes more important as U.S. populations become more transient and interstate reverse transfers are considered. For example, a reverse transfer that occurred this year between schools in Iowa and Alabama may not be possible between two other states, said Blackwell.

There is statistical evidence that finishing an associate’s degree motivates students who transfer to a baccalaureate program to complete a bachelor’s degree. What needs to be researched now, Taylor said, is whether that’s the case when students in bachelor’s program reverse transfer to pick up the associate’s.

The American Association of Collegiate Registrars and Admissions Officers (AACRAO) has been assisting with FERPA exceptions, so that information can automatically be shared between schools if a student has signed a release, said Blackwell.

AACRO also is a leading advocate of two pieces of federal legislation that would provide critical support to reverse-transfer efforts. The Reverse Transfer Efficiency Act of 2017 would amend the federal General Education Provisions Act to allow the release of education records to facilitate the awarding of a recognized postsecondary credential.

The other legislation would create a grant program for states to develop and expand reverse-transfer programs, said Taylor.

Reverse-transfer policies also appear to be having an impact on technical training programs in some states.

“We’re seeing more and more of those, especially around vocational,” said Dr. David E. Lee, director of the Asian Pacific American Student Success (APASS) program at Laney College in the Peralta Community College District in California. “People are coming back to apprentice programs such as elevator repair and refrigeration, and in some cases make more than students with graduate degrees.”