As the United States faces a student debt crisis—impacting 44.7 million Americans—a new Cengage survey analyzed the value of a postsecondary degree from the perspective of recent community college and four-year institution graduates. 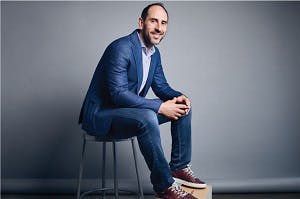 The research, “Graduate Employability Report,” revealed half of recent graduates possess student debt with just 22% paying it off completely. Though the United States Department of Education recommends not exceeding 8-10% of total monthly income for loan payments, two in five students spend at least 21%. Due to those high costs, 58% of graduates have considered a loan forbearance.

“Student debt is a nationwide issue that has caused most recent grads to take a forbearance on loan, and more than one quarter say it will take 10 years or more to pay them off,” he added. “It is time we transform the education system to more effectively serve students and deliver on its promise of providing graduates with a good job, career growth and upward mobility.”

Though almost half of graduates found their degree was not worth the price, the majority believed it was a “worthwhile investment” overall. For example, 64% attributed their degree to earning a higher salary, the research found.

Currently, 29% of all job openings require at least an associate’s or bachelor’s degree, though 58% of recent graduates disagree that a traditional degree should be required, according to the report.

“Employers need to rethink archaic hiring standards,” said Michael Hansen, CEO of Cengage. “A traditional degree path is not a reality for many Americans and four-year degree requirements can penalize applicants who follow untraditional education paths. By prioritizing skills not just degrees, business leaders have an opportunity to remove existing barriers, helping to close labor shortages and boost our economic recovery.”

For one in three recent graduates, the job search process took more than six months. While close to 40% of respondents do not believe their education helped them earn their first job, half avoided applying to an entry-level position because they felt underqualified, the survey found. 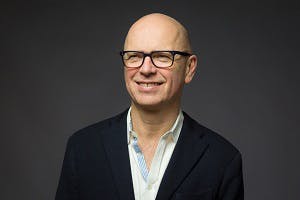 Additionally, one in five graduates said that their school did not provide them with the necessary skills needed for the workforce while two in five only used their learned skills from college occasionally in their jobs, according to the research.

Graduates also lack salary negotiation, productivity and other soft skills to advance in the workplace. Comparably, community college students are more prepared with networking and salary negotiation skills compared to their four-year peers.

Graduates argued that colleges should be held accountable for helping students find employment. To do so, colleges and universities must reevaluate their policies and curriculum as 40% of graduates believe their institution invests more in areas such as athletic programs, non-academic events and campus beautification rather than career readiness initiatives, the survey reported.

Though 33% of recent graduates did not participate in a college internship, 64% thought it would have helped them secure a job post-graduation. For one in four respondents, an internship was not part of their schools’ course requirements, according to the report.

Additionally, two in five graduates advocated for future students to seek a two-year degree and online certifications to meet skill requirements. Currently, half of graduates are considering additional certification or training, according to the report.

“To ease and speed-up this process, institutions must ensure their courses and programs are built to help learners develop the skills they need to be employable,” said Bleichmar. “Taking it a step further, institutions should also revamp postgraduate programs to help students land good jobs and support long-term career success.”

Beyond skills, types of postsecondary education are perceived differently among graduates.

Stigmas within higher education continue to effect individuals’ confidence within the workforce. For example, half of community college graduates avoided applying for a job because they believed others had “higher academic merit.”

Additionally, compared to other options, two-year degrees were the least recommended. Four-year graduates were more likely to suggest a four-year degree, skills certification and even no post-secondary education rather than a two-year degree, according to the report.

“America is one of the only countries in the world where a stigma around two-year degrees and non-traditional education still exists,” said Bleichmar. “While the multi-year degree model is considered the standard, our survey reveals that this exclusive approach to education is not an effective way of supporting students, businesses nor the economy.”