“It’s where we are across the country,” says Head. “If the Democrats propose, then the Republicans say no, and vice versa. When you divide the country like that, [in] a Democrat-run state, students could benefit, [but in a] Republican state, students would not. That’s not right. That’s contrary to our country.” 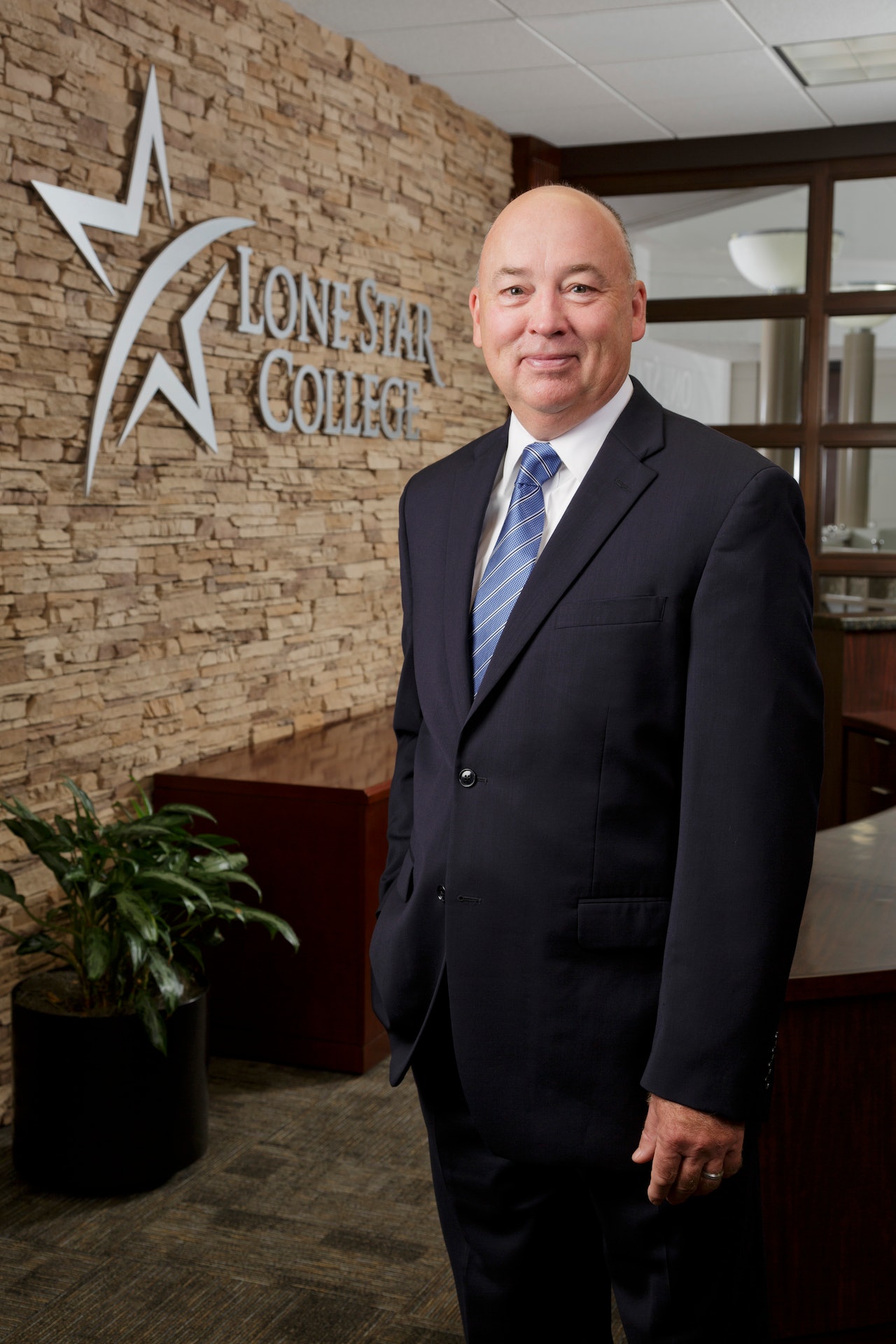 Dr. Stephen HeadThe Biden administration’s free community college proposal was a grant matching program. States could choose whether or not they would opt in. But because of the political divide, many states weren’t going to do that, says Head.

The failure to pass free community college could have been a blessing in disguise, says Dr. Thomas Brock, director of the Community College Research Center at Columbia University’s Teacher’s College.

“The red state/blue state divide on something as critical as higher education doesn’t benefit students or the national interest,” says Brock. “It gives us a chance to step back and design a better policy to serve everyone in the country.”

The idea doesn’t just face opposition from opposing political halves. Lobbyists for four-year institutions have also reportedly pushed back against the policy, as it might have reduced four-year school revenues.

Until the disputing parties — two-year versus four-year, red versus blue — find a way to address the middle ground, the policy is likely to remain in idea form only. Experts likened the situation to the passage of the American Health Care Act’s Medicaid expansion in 2014. Almost ten years later, 12 states have still not approved the expansion.

Not having a unified system of funding has created a situation where community colleges could be more affordable in one state versus another, says Brock. But finding the most affordable college isn’t as simple as looking for college promise programs, local or state funding that makes college affordable or free for some students. Students must consider graduation rates and cost of living when deciding their future.

“It doesn’t do you much good to get a low-cost education if it means you’ll drop out before you get a degree. Free community college hasn’t been shown to change student outcomes with regard to completion,” says Brock. “I feel strongly that there are opportunities to do other things to benefit community college students."

Community colleges serve about 4.5 million students per semester, according to data collected by the National Student Clearinghouse Research Center in spring 2021. The sector’s enrollment decreased from spring 2020 by about 10%, largely due to challenges associated with the pandemic.

Although many community colleges have faced gradual enrollment losses over the last decade, the pandemic further exacerbated the crisis. Federal funding in the form of the Coronavirus Aid, Relief, and Economic Security (CARES) Act and the Higher Education Emergency Relief Fund (HEERF) put a bandage on bleeding revenues, but the clock is ticking on those funds, and most community colleges will have to spend the money by spring 2023.

Dr. Martha Parham, senior vice president of public relations at the American Association of Community Colleges (AACC), says higher ed funding “has to be a shared commitment to advancing the nation’s middle class.”

“We’re the on-ramp to the middle class,” Parham continues. “Thirty percent of our students are first-generation, many of them in the lower socio-economic standing that are looking to break that cycle, to be reskilled and get that exposure to higher education.” 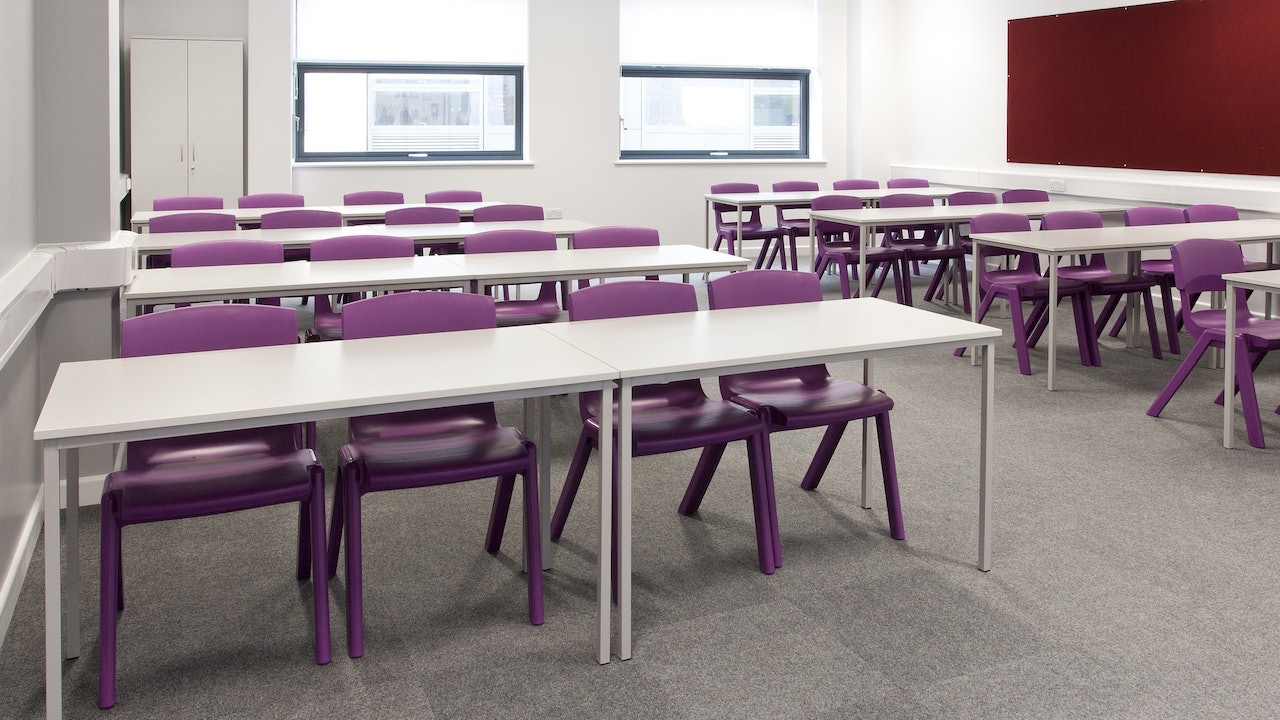 “I do think it’s going to take the commitment of both federal and state legislatures,” she says. “I believe there’s space for everyone, and I think the same of the state and federal government. We invest in what we value.”

Parham notes that there are currently over 350 college promise programs in operation across the country and that the federal investment in free community college would have been more symbolic in value, “a way of saying community colleges are important to the nation and the nation’s recovery from the pandemic, able to fill the workforce pipeline and allow access for everyone in America.”

Even though free community college legislation has failed to pass, other investments in higher education left Parham feeling hopeful.

For example, the federal Pell Grant will receive a bump of $500, and now any portion remaining after tuition and fees won’t be taxable. While this increase may not cover all of a student’s needs, it is a start, says Dr. Karen Stout, president of Achieving the Dream, an organization that leads and supports community colleges across the nation to improve outcomes for students. Still, Stout says she believes free community college would have more positively impacted a greater number of people.

“I will tell you a lot of community college students don’t understand Pell, first-generation adults who don’t understand the jargon, and even though the form is simplified, they have a hard time filling it out and completing it. So those students still won’t be reached,” Stout says. “Free community college would have been more universal in its reach.”

“A family that knows how to navigate the system and other state grants can weave together something and make [tuition] free,” says Stout. “But that’s rare. Because they have to navigate a complex system, it adds to the inequities. That’s what makes crafting a federal free community college policy so challenging, because there are so many different funding models for community colleges across the board.”

Brock says the additional Pell Grant funds could be enough to help a student cover the majority of community college tuition, but it’s not enough for students who attend full-time to get by, live or put food on their table.

“It’s easiest to focus on the traditional college student, someone just coming out of high school and still getting support, but that’s only a fraction of students,” says Brock. “There’s a large portion of community college students who are older, raising their own family, or [are] the older worker needing to go back to school. We really need to create discussion about how we support people in those places. If you’re trying to make it on your own with a Pell Grant, you simply aren’t able to make it.”

For Head, the ideal proposal for free community college would remove the complication of the red and blue divide between state and federal governments and instead offer the institutions themselves a chance to directly match federal dollars. The most direct, nonpartisan solution, he says, is increasing the Pell Grant and raising the income level needed to qualify. Currently, if a family earns $26,000 or less and has an expected family contribution of zero dollars, then students can qualify for the full Pell Grant.

“If they moved the income level to $50,000, and you double the size of the Pell grant, you’ve accomplished the same thing [as free community college] without dividing the country,” says Head.

"They continue to support students with the most need, many requiring wrap-around services, and are doing it for less money. Having that understanding in the White House of what community colleges do and who they serve — it’s a great place for us.”

This article originally appeared in the December 9, 2021 edition of Diverse. Read it here.