Dr. Brian K. Blount began to sense at a young age that ministry may be a calling in his life, but he didn’t foresee his future vocation taking him into the realm of teaching.

Fast forward to today. Blount, who is president of Union Presbyterian Seminary in Richmond, Va., is the new president of The Association of Theological Schools (ATS). In this role, which he assumed in June at the association’s centennial biennial meeting, he will lead the 310-member organization at a time when many challenges face theological higher education. 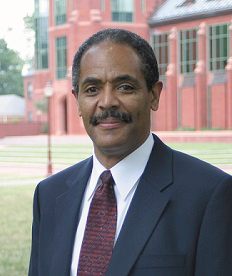 Beyond issues that have captured media attention – declining enrollment, financial uncertainty, student protests over lack of faculty diversity, LGBTQ concerns about curriculum inclusivity – school administrators have additional concerns such as debt loads of graduates and how to tailor the education to a student body that is increasingly older, female, non-White and second-career.

“We have a different student population than in years past, when I went to seminary in the 1970s,” said Blount. “Now, it’s much more racially and ethnically diverse. So schools need to be aware of the changing student population and implications for curriculum and faculty and teaching style. We have to figure out how we are going to teach and create campuses that are inclusive in the way we think and encourage pastoral conversation and vocational calls after school.”

Among ATS member schools, the percentage of racial and ethnic minority students has increased over the last 20 years from about 30 percent to 45 percent of total student population while faculty diversity has not kept pace, increasing from 10 percent to 20 percent in the same time frame, according to ATS executive director Dr. Frank Yamada.

Many of the challenges mirror those in higher education in general. In instructional delivery, for example, theological schools recognize the need to develop “creative platforms beyond the residential model of teaching” such as evening, weekend and online courses, said Blount. Such cultural adaptability, he added, illustrates how the missions of theological schools tend to be tied to the work, life and future of churches in settings where graduates will be serving. 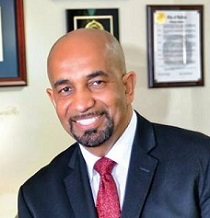 There are other significant trends, including more veterans interested in theological education, increasing interest among students in chaplaincy and greater concern about social justice, observed Dr. Dedrick Blue, dean of the Oakwood University School of Religion in Huntsville, Ala. The school is one of 10 that were approved for ATS associate membership at the June gathering.

The growing interest in chaplain ministry, Blue said, coincides with “fewer pastor jobs paying living salaries as we move toward a post-Christian America and people interested in social justice issues from a theological perspective. What is the role of church in society? What are the issues surrounding separation of church and state? Issues of justice, equality, poverty? People want theological answers to those questions.”

At the same time, he observed, a declining number of young people are entering ministry out of high school or college or as a first career choice.

“The church of North America is graying out,” said Blue. “We’re not reaching millennials with ministry as a first career choice. That’s certainly a concern to me that should be a concern to every church in America. We should be shaking in our boots right now. When people are engaged and involved, that makes ministry relevant. People are craving relevancy. Meaning is added to lives not sitting somewhere, listening for an hour, but only if it is applied – and immediately applicable – is it meaningful.”

Indeed, realities have changed since the entry into academia of Blue, Blount and many of the other seasoned educators who predominantly populate the faculty ranks of theological schools.

Blount, for example, immediately enrolled in the master of divinity program at Princeton Theological Seminary after earning a bachelor’s degree in 1978 from the College of William and Mary, where he was the first African-American inducted into the college’s Phi Beta Kappa chapter. He graduated seminary in 1981 and by the next year was pastor of Carver Memorial Presbyterian Church in Newport News, Va., where he served for six years.

Blount said his personal theology informs his approach to leading Union and ATS.

“I have a deep appreciation for the scholarly and academic conditions that are important for faculty and administration to do the work of theological schools,” he said. “We’re all interested in reaching the highest academic capabilities we can reach. Our faith constructs help us think about the ways we want to encourage and strengthen a desire for schools to be the best in academic preparation in terms of student learning and outcomes.”

Just as the association’s membership is ecumenical, theological schools seek to instill in their students an appreciation of the intersectionality of their diverse missions and theologies.

“Our agreement is that we want to prepare students as best we can, through curriculum and classroom, to build an ecumenical way of looking at faith and church traditions,” Blount said. “With respect to study, I think it starts with trying to place an emphasis on the things that bind us together. And discuss differences that may separate us, but see them through the lens of the common purpose we have in community. That lets you see differences in a more positive and communal light than is happening in the common body politic.”

At Oakwood, the school of religion’s population of 128 students is internationally diverse, Blue said, and the administration is working to make the school more inclusive and relevant locally and globally. A Hispanic ministry initiative recently was launched, faculty exchanges and other reciprocal relationships are being developed with several African countries, a connection has been made with a theological school in Cuba and a goal is to add more women to the faculty, Blue said.

Everything is geared toward providing relevant education to create relevant graduates who will provide relevant ministry to the world.

“The challenges that the church is facing and our society is facing force some changes in theological curriculum,” he said. “Every class needs to be challenged for its relevancy. If I am taking Greek, somewhere along the way I should make application to a scripture I exegete. The challenge for every program of theological education right now is not to discard the rigors of theological exploration, not to lay aside all the historical and linguistic disciplines that go into this, but to continually ask the question, ‘What does that mean today?’”