I Was Raised by Black Educators. We Think Biden Disappoints

I grew up in a family of Black education professionals. My mother was a college admissions officer at The University of Maryland. Her sister has been a reading specialist and elementary church school administrator. Their biological father (who passed away when my mom was twelve) served on the Detroit Board of Education and taught children with special needs in some of Detroit’s rougher areas.

For roughly forty years, their mom (whom I call Lola) also taught in Detroit Public Schools. Lola’s second husband, the only grandfather I’ve ever known, was a child psychologist who specialized in working with gifted children. Both of my great-aunts were also English teachers and high school principals. And several of their children have followed in their footsteps. 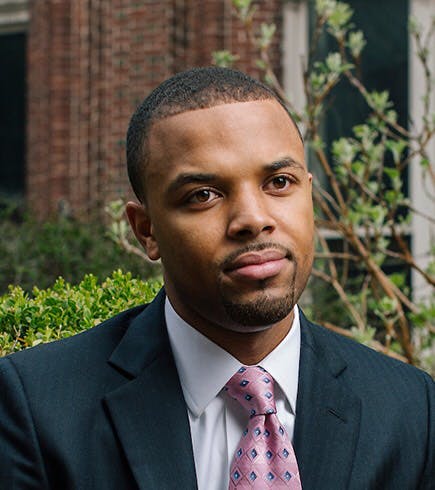 This family history basically meant I had no choice but to do well in school. It also meant that from an early age, I was taught the value of a quality education, especially for African-Americans.

In 1963, Lola graduated from Prairie View A&M, a historically Black university in  Texas, with a Bachelor of Science degree in education. She was the third child in her immediate family to graduate from Prairie View, following her two older sisters. I can clearly recall coming home from school one afternoon when I lived with Lola in Detroit and asking her what an HBCU was.

I must have been around six or seven years old. I was in the first grade, attending the Detroit Academy of Arts & Sciences. I was a pretty good reader so for my reading lessons, I would join the fifth graders. And that day, just before class, I had overheard a conversation my teacher, Ms. Draines, was having on the phone. She kept talking about this thing called “HBCUs” (historically black colleges and universities) and I was curious and I had no idea what it was, so I thought I’d ask Lola.

Little did I know, Lola’s answer would end up being one of the most fascinating stories I’ve heard in my young life. She walked me through our family history, tying everything seamlessly it seemed into a colorful albeit sad historical narrative in which African-Americans had long been denied the right to read, write, and pursue an education. She talked about how hard her father worked so that each of his children would be able to go to college. She told me about how my great-grandmother (we all call her Sweet Mommy) was the first in her family to go to college for two years and she explained how important attending a historically Black college was in building her character and shaping her into the strong, brilliant woman I love dearly.

Her story made me understand the potential value in finding commonality and solidarity in higher learning and all areas of life. Even more so, it emphasized for me the importance of making sure that any conversation about opportunity and mobility have ample space and resources purposefully carved out for those who have long been left out and left behind. Lola wanted me to dream big and climb high, and to remember that wherever life may take me, I should always keep in mind the needs and challenges facing those with whom I proudly identify.

It is, in part, through this lens that I think about important aspects of the education plans put forward by 2020 Democratic candidates. At the intersection of race and inequality, I see unique and impressive strengths in several of the candidate’s education agendas and I find myself particularly excited about Senator Kamala Harris’ more ambitious goals of raising teacher pay by an average of 13.5k and investing over 60 billion in infrastructure, scholarship and curriculum funding at HBCUs.

Because Vice President Joe Biden currently is the front-runner and has faced controversy for some of his past positions, I have taken a close, deliberative look at his plan and his record on education issues. Biden’s focus on making public schools in communities of color some of “the best, most innovative in the country” is feasible and fantastic and yet also sounds a bit curious as his goal is very loosely defined.

For example, what might the “new competitive program” he mentions entail in terms of “reinventing high school to meet the demands of work”?  Of course, some policy details can only be determined later but a rough sketch or broad outline here would be a fair expectation. Biden’s commitments to universal pre-kindergarten and early childhood development support are decisive, unique and promising. I also find Biden’s affront of the NRA over school safety admirable.

With respect to HBCUs, Biden’s rhetoric again appears rather vague and could read as more of an appeal to progressives and people of color than an expression of clear and ardent intention. In particular, where Biden discusses HBCUs under his section on “improving teacher diversity,” he offers hardly any specifics as to how he plans to work with HBCUs to meaningfully recruit and prepare teachers. Granted, this singular aim is one facet of a much larger plan, but it could be helpful to know more about the  funding and allocation provisions and the negotiation of oversight and responsibility for improvement.

When I think back to my grandmother’s story, I am reminded of some of the more disputed areas of Biden’s record on race, crime, busing and desegregation. I hope that in the months to come, Americans will see more content and clarity from Biden on what he plans to do to bolster educational institutions and initiatives devoted specifically to advancing African-Americans.

So far, he disappoints.

Zachary R. Wood is an assistant curator at TED. He is the author of Uncensored: My Life and Uncomfortable Conversations at the Intersection of Black and White America.