Alabama Gov. Kay Ivey has apologized for wearing blackface during her senior year of college at Auburn University, after the incident surfaced in an old college radio show. 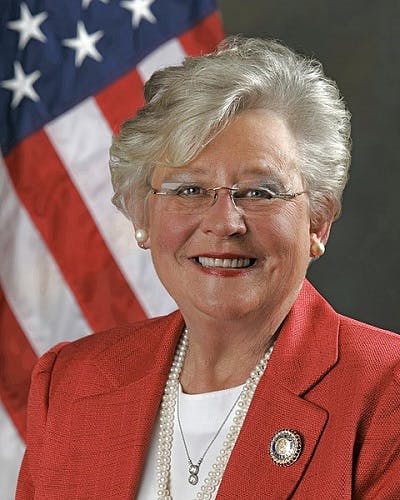 “I offer my heartfelt apologies for the pain and embarrassment this causes, and I will do all I can – going forward — to help show the nation that the Alabama of today is a far cry from the Alabama of the 1960s,” Ivey said.

The 1967 radio show featured an interview with Ivey and her now ex-husband Ben LaRavia. LaRavia told the interviewer that Ivey put “black paint all over her face” to perform a skit for the Baptist Student Union.

University officials found the interview while archiving campus records, the Associated Press reported. When Ivey’s press secretary Gina Mailoa told Ivey about the recording, Ivey chose to release it to the public.

This comes on the heels of other politicians – notably Virginia Gov. Ralph Northam and Virginia attorney general Mark Herring – facing backlash for wearing blackface when they were younger.

The Alabama NAACP called on Ivey to resign, issuing a statement that said her apology “does not erase the fact that she participated in these activities that mocked and intimidated African Americans.”

In February, the Associated Press asked Ivey about her sorority sisters wearing blackface in a 1967 yearbook. She said she had never worn blackface.