Throughout this weekend and into the federal Martin Luther King Jr. Day holiday on Monday, institutions of higher learning across the country will be celebrating the life and legacy of King, the noted civil rights leader.

In 1983, President Reagan signed a bill to make the birthday of King a public holiday observed on the third Monday of January. Colleges and universities around the country are commemorating King with a variety of events highlighting King’s work toward racial equality and his commitment to desegregation.

Here’s a look at how some colleges and universities are celebrating King’s life and achievements.

· Morehouse College in Georgia is marking King’s birthday month with a lineup of more than a dozen free events highlighting his life and legacy. Festivities begin on Jan. 18 with an exhibition of Morehouse College King Collection artifacts at the National Center for Civil and Human Rights in Atlanta. Other events include a candle-lighting ceremony, human rights film screenings, a workshop on workers’ rights and motivational talks. 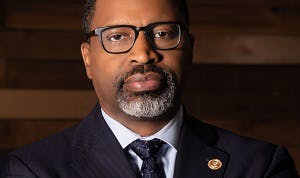 · Florida A&M University (FAMU) celebrated MLK Day with its annual Martin Luther King Jr. Convocation on Jan. 16. The guest speaker this year was Derrick Johnson, president and CEO of the National Association for the Advancement of Colored People (NAACP). “FAMU continues to play an integral role in the advancement of civil rights and President Johnson is playing a key role in taking the movement forward,” said Dr. Larry Robinson, president of FAMU.

· As part of MLK Day commemorations, Wayne State University (WSU) marks Jan. 21 as the National Day of Healing from Racism. The goal is to engender discussion on creating a more just and equitable world. Events will include a community discussion and dinner, a mindfulness presentation and a performance by the university’s Black theater and dance ensemble.

· The City University of New York (CUNY) commemorated MLK Day with a series of events and volunteer activities on its campuses in the city throughout January. King delivered his landmark commencement address in June 1963 at CUNY, mere hours after the assassination in Mississippi of Medgar Evers, another noted civil rights activist. Among the highlights of CUNY’s celebration events — which include historical tours, art exhibitions and a day of service — is New York City’s largest public celebration in honor of King which is held at the Brooklyn Academy of Music (BAM). The events at BAM, which will bring together world-renowned activists, public figures and civic leaders alongside musicians and other performers, will be free to the public.

· Jackson State University in Mississippi honors former Mississippi assistant secretary of state, general counsel and civil rights advocate Constance Slaughter-Harvey during its celebration of the life of King on Jan. 17.Slaughter-Harvey will receive a “For My People Award” that recognizes individuals for their contributions to African-American history and culture. The civil rights advocate is founder and president of the Legacy Education and Community Empowerment Foundation. She is also the first African-American woman to receive a law degree from the University of Mississippi and the first female African-American to serve as a judge in the state. 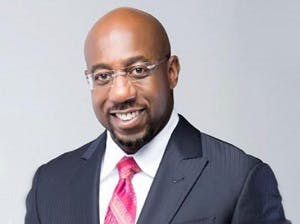 · Syracuse University marks MLK Day in January with three events that explore themes of race and identity through artistic presentations. The main event, an MLK Celebration, will be held on Jan. 26. The featured speaker is Rev. Raphael Warnock, senior pastor of Atlanta’s historic Ebenezer Baptist Church which King also pastored.

· Old Dominion University (ODU) in Virginia honored the life and work of King during its 35th annual observance on Jan. 14. ODU held a panel discussion on the theme, “Let’s Talk About Our Dream.” The subject for the discussion draws from King’s famous “I have a dream” speech he delivered in 1963. As part of its MLK Day observance, ODU also hosted the work of painter Ted Ellis, an artist from Texas, whose work depicts the Black community from 1619 to the present day, spanning slavery, reconstruction, the Jim Crow era and the election of President Barack Obama.

· On Jan. 15, Marquette University in Wisconsin held a prayer service to honor the life of King. Members of the Marquette community read from King’s works, as well as from works of others who highlighted King’s legacy as a human rights advocate.