Internationalization has been one of the main drivers in higher education in the last decade and it relates to several aspects of our academic institutions and professional activities. To some institutions, internationalization has been translated into an effective strategy to boost revenue by attracting students from other countries; it has also meant the increasing importance of study-abroad initiatives in association with partner organizations. Some universities have built campuses and academic centers outside the U.S. to propel the idea of a global university or expanded study-abroad opportunities to undergraduate and graduate students. Professional organizations discuss the representation of countries and continents along their ranks as well as actions to retain a globally large cohort. To some extent, discussions on the internationalization of academia have also inspired curriculum and programs: not only are there a broader range of departments specifically focused on the affairs of geographical locations other than the United States and Europe, but also shifts toward the insights provided by non-Western scholars across disciplines.

Certainly, these processes have affected research agendas at the individual level. The internationalization of higher education is indeed a multi-faceted phenomenon and has impacted scholars’ activities in numerous and different ways; yet, at the very end, its multiple facets come down to one basic idea: knowledge — as well as our academic communities — extend beyond our national borders. 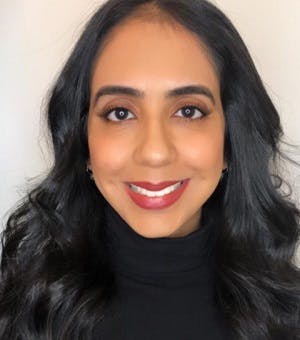 With that, there comes the question: how do we improve our conversations at the global level and ensure their inclusiveness and relevance to all parties? There is not a single answer to such a question, and in this piece, I would like to discuss what seems to be the most sensitive aspect to my academic journey thus far: the need to navigate and translate between different academic cultures. This biographically-inspired discussion speaks to the glaring inequality in the field of higher education at the national and international levels, with the assumption that addressing any inequality requires institutional change and simultaneous reconstruction of our behaviors.

I am a Brazilian scholar based in the U.S. In my professional introductions, I stress that I am not a person who was born in Brazil and happens to work in the U.S. I was a scholar, yet a very young one, before moving to the U.S. in order to pursue professional goals. Therefore, my experiences at Brazilian institutions inform my activities in the country I currently live. “Professor, you are different,” as some of my students have pointed out a few times. While a woman of color with a foreign accent undoubtedly mismatches the standard image of a college professor, I take my students’ comment as a reminder of my path and an indication that my everyday practices, as well as my approach to research and teaching, reflect this path.

Social scientists have been discussing the concept of culture for over a century, and it is easy to divagate when considering its suitability to assess the academic environment. However, we do not need to go that far — we may simply remember the idea of “workplace culture.” The institutions we work have their unique “cultures”—a specific leadership profile, a way to get work done (through meetings, centralized or collective decision making, protocol v. ad-hoc decisions), certain boundaries between personal and professional issues, a degree of formality in observing traditions or mission values, a unique work-life balance philosophy and practice, among others. While there are thousands of institutions and variation across them, it is possible nonetheless to find some common trends and outline a culture that goes beyond specific institutions and characterizes higher education in a country.

Putting aside some significant large forces impacting the industry recently, I see two main reasons for variation in academic cultures at the global level: language and the early origins of a country’s university model. Linguists have extensively shown the interconnections between language structure and people’s thinking processes. Those immersed in a non-native language may grasp a debate in another manner, highlight distinctive portions of an argument, and articulate ideas through other lines of reasoning — and this certainly influences the crafting of their papers and presentations, for example. When I write or teach in English, I know I have to not only be aware of the command of the language but also pay extra attention to the mobilization of specific references and authors, the suitability of certain analytical frameworks and terminology, the steps to deliver my point logically in the eyes of those who have received other education. Furthermore, the structure of higher education in each country leads to different disciplinary boundaries and expectations regarding evaluation and its methods, performance, measures of success, professional exercise and prospects. While these are pressuring issues to those like me, who work between two (or more) countries, the impact goes beyond such a segment of scholars. That is because these differences affect the chances of publication at an international journal, the reception of research findings, the dynamics of internship and visiting programs, potential partnerships and the very perception of international scholars’ credentials, skills and production.

In the context of increasing internationalization, awareness of the variation of higher education models and sensibility toward different academic cultures invite us to reshape the exchanges between scholars across countries both short- and long-term. Offices for international students and scholars, housed by so many US-American colleges and universities, are paramount nowadays but frequently, their mission revolves around assistance with bureaucratic issues and assimilation into the U.S.-American academia. But what are we missing by guiding international expansion according to a specific higher education model and, consequently, sidelining others? With some fortunate exceptions, international students and scholars in U.S.-American institutions are pushed to follow its demands, agenda and practices unequivocally — instead of finding room to intentionally create a synthesis between the different academic cultures with which they are familiar. By open or hidden practices, international associations tend to reproduce a single (and currently) hegemonic model. Additionally, while knowledge produced in other countries might be acknowledged at the discursive level, it is difficult to appreciate or incorporate its contribution without situating its production. These comments are even more relevant when we consider developing countries, whose scholars do not often participate in the well-established exchanges between scholars of dominant Western hegemonies.

In efforts to make our institutions more diverse, one can claim correctly that without diversity among scholars, we have less effective peer-review process, less creative input and fewer angles in our perspective. Diversity is not only a moral standing; it is a crucial condition for the advancement of our knowledge. Therefore, should internationalization continue to guide our academic institutions and production, it is time to refresh and expand our views on diversity to the international community — inside and outside the U.S. language and lack of funds are already huge barriers to those who are not from or based in the so-called “main academic centers.” We do not need to build new walls. By educating ourselves on the different academic cultures worldwide, we facilitate the exchange and pursuit of knowledge, and we make conversations at the global level more inclusive and meaningful. In a moment when overall international student enrollment in the U.S. is falling and this population’s demographics are changing, it is appropriate to radically question what it means to welcome students and scholars from abroad, how to engage in international scholarly dialogues, and what a global academic community is. When my students say I am different, I reply without hesitation: “well, that is okay, because being different is good, isn’t it?”

Dr. Nara Roberta Silva is an adjunct assistant professor of sociology at Lehman College – CUNY and academic adviser and writer at the Brazilian Foundation.