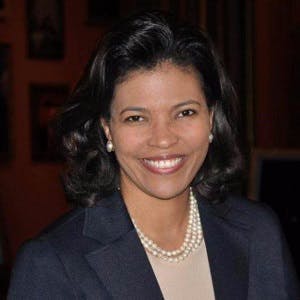 “LSU put the holistic review policy into effect for Fall 2018, though it had used the process in a limited fashion in previous years. Enrollment has increased, as have both diversity levels and the academic qualifications of the class,” said LSU vice president Jason Droddy.

Dr. Kim Hunter Reed, commissioner of higher education for the Louisiana Board of Regents, said that  like any other public university, LSU can change the statewide admissions standards set back in 2005.

“LSU, like any other public university, can choose to adopt more rigorous standards as long as the Board of Regents minimum is met, as LSU did in this case,” said Reed. “The role of Regents moving forward is to audit the final student enrollment information to confirm compliance with the Regents admission requirements. I look forward to reviewing the data and continuing our statewide focus on increasing talent development in Louisiana.”

Still, the revised admissions guidelines are being met with opposition, especially from a group called Put Louisiana First.

“In the 1990’s the Louisiana Board of Regents established a system that has been incredibly successful at creating true flagship status for LSU. All other higher education institutions were placed into one tier of 10 regional schools or another tier of three statewide schools. Each tier has differing ACT score and GPA requirements. The two-year community colleges are open enrollment,” the group said in statements on its website and Facebook page. They have voiced their concerns to LSU president Dr. F. King Alexander.

“By removing objective standards at LSU, King Alexander opens the door for politics and money to influence admissions decisions. Donors and persons of influence can now bring inappropriate influence to the admissions process,” the group’s statement reads. “Only the Louisiana Board of Regents is authorized to change minimum standards.”

Droody said that Alexander can “thread through” requirements to end the minimum ACT standard without Regents approval.

The scores students make on the ACT, the college board test most prominent among Southern institutions, range from about 15 to a perfect score of 36. The national average score is 21. In Louisiana, it’s 19.6, according to the state Department of Education.

Madison Robertson, a freshman transfer student at LSU, has not decided on a major. She said her standardized test scores could have been better.

“My ACT scores were average, but I think as a student I have much more potential,” she said. “So it’s not so much smart versus not smart. I want to say it’s more about how do I become a thinker and reach my goals,” she said. “I don’t want to be a college student who just memorizes stuff and repeat it back.”

In 2017, the average ACT score for an incoming freshman at LSU was 26, but applicants who scored below 22 were rejected before LSU looked at anything else on the application, even if the GPA was above the 3.0 minimum.

“There is a trend of removing the standardized test scores. They’re not as good at predicting college success,” Droddy said in a recent media interview. “Test scores don’t properly portray low-income and minority students, those coming from poor schools, or those who have learning disabilities or family problems, or who just don’t test well but otherwise have demonstrated academic perseverance deserving of a closer look.”