Four million, or 5 percent of adults living in California aged 25-64 have left the state’s colleges and universities due to financial barriers, personal obligations and institutional roadblocks according to a new report.

The report titled “Back to College Part One: California’s Imperative to Re-Engage Adults” by California Competes: Higher Education for a Strong Economy examined the degree attainment gap between California adults returning to college and college-aged students.

Individuals who complete some college but do not earn a degree, no matter what race or gender, often end up working in jobs that pay less than the $35,984 median wage gap for the state of California, which is the median income for those with only a high school diploma.

The report notes that completing a degree program could have more value for adults. 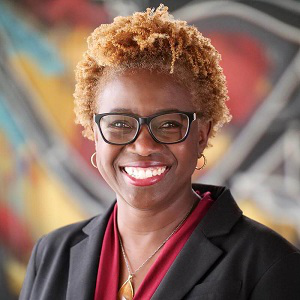 California adults going back to school and earning a degree “could boost their individual prosperity, sustain the state’s innovation economy by meeting workforce demands, and form civically engaged, cohesive communities,” the report said, adding that supporting this population in returning to college and through degree completion will also contribute to balancing California’s “severe income inequality.”

However, returning to school is easier said than done for any adult, especially minorities.

“We find that affordability continues to be a challenge for a number of our students in terms of them being able to afford an increasing cost of college,” said Dr. Lande Ajose, the executive director for California Competes.

Ajose said  that part of the challenge in closing the degree attainment gap, especially in California, has to do with institutional capacity.

“There aren’t enough spots in college for as many people who want to go to college,” she said.

In addition, adults face barriers such as no reliable forms of transportation, work obligations, family obligations and limited financial aid.

The most commonly used financial aid by adults returning to college are Pell Grants, but even that has usage restrictions. For example, it’s only valid for adult students for up to 12 semesters and those enrolled in short-term and/or non-credit vocational certificate programs, often adult students, aren’t qualified to benefit from the grant, the report said.

The second and final report in the series will focus on determining possible solutions to the degree and credential gap and find ways for employers and higher ed stakeholders encourage adults to return to college and complete their degree.

Ajose said that the second report of California Completes slated to be be released in December will examine “the systemic lack of financial aid opportunity for students and what that means in terms of being able to move through in a timely fashion,” she said.

“We’re also spending a great deal of time trying to think through what are the specific institutional and structural barriers that we can tear at, tear down so that students can move through [college] more seamlessly,” she said. “And then we’re also taking a look at some of the practical incentives that other stakeholders in the higher ed system, including private industry may have in terms of trying to support that education to employment pipeline.”