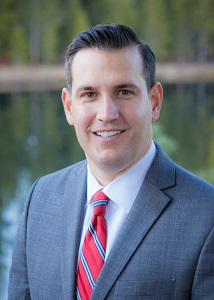 LTCC’s expansion of College Promise to students across the state border makes it the first bi-state Promise program in the country. The college has a goal to increase full-time student enrollment and also attract adult learners in the Tahoe Basin, many of whom were previously ineligible for the Nevada Promise because of its high school graduation year requirements and age-cap at 20 years old.

“With this expansion, LTCC is breaking down those barriers to access that so many Tahoe residents face,” said Jeff DeFranco, president and superintendent of LTCC, in a statement announcing the expansion. “The goal from the start was to have a Promise program that aligns with our mission of serving the Lake Tahoe Basin in its entirety. We are one Basin, one lake and one community, and we’re proud to offer a free year of college to anyone who lives along Lake Tahoe, despite which state they live in or when they might have graduated from high school.”

Diane Lewis, director of marketing and communications at LTCC, said that the Promise expansion adds two small, rural high schools from the Nevada Tahoe Basin into the college’s feeder zone. The college’s goal is to bring in 200 more full-time students, especially students who may be “place-bound” or lacking the transportation to get to the closest school in Nevada, she said.

“That’s a lofty goal for a small school like us with currently a little less than 2,000 FTES [full-time equivalent students],” Lewis said. “We are one of the eight smallest rural community colleges in California.”

Lewis added that the expanded program will not only focus on the “traditional” students coming from feeder high schools, but also returning adult learners working in service industries around the Basin. This includes workers in hotels, restaurants and casinos.

“We’re talking about a couple of thousand adult learners who have figured out how to afford to live here,” Lewis said. “They’re raising families here and they’re just kind of stuck where they are. A little free college education can bump them up, give them a little raise [and] prepare them to move up into management in hospitality or the restaurant business.”

“That’s who we are trying to bridge that gap for,” she said.

This summer, the LTCC Foundation made an intentional fundraising effort to support a 2019 launch of a bi-state Lake Tahoe College Promise program. The effort, Lewis said, inspired an anonymous Nevada Basin resident to give $200,000. Similarly, the Edgewood Tahoe golf course donated $18,400, allowing the college to implement its Promise program this fall.

LTCC’s College Promise program is a last-dollar program, meaning funds will cover an eligible students’ remaining tuition and fees that Pell or other institutional aid does not. California-side residents’ first year will be funded by the state. Nevada-side residents’ tuition and fees will be covered by the LTCC Foundation – a value of approximately $3,600 for 36 quarter units in one year, Lewis said.

Complementing LTCC’s College Promise program is an array of additional student support services – many of which are free or low-cost – to help lift the financial burden off students.

Students can use their student ID card for unlimited, free bus rides to school, work and Lake Tahoe’s South Shore; they can access more than 80 open educational resources (OER) courses and free textbooks; and they can apply for programs that help with free childcare, free school supplies, free gas cards, work opportunities on campus and more.

“This college is getting very intentional and thoughtful about reaching all kinds of new audiences,” Lewis said. “Adult learners have been a major focus.”

Andy Carlson, vice president of finance policy and member services for the State Higher Education Executive Officers (SHEEO) association, noted that having additional support services can be a critical component in the success of a Promise program.

In 2016, SHEEO – with the support of the Lumina Foundation – launched an effort to design and implement Promise-type programs for adult learners and non-traditional students in Indiana, Maine, Minnesota, Oklahoma and Washington between 2017 and 2019.

Leaders on the project found that offering emergency grants or creating connections between the financial aid office and other external resources like SNAP can be beneficial for learners. Some programs such as Washington’s also provide “micro-grants” for students to re-enroll if they previously had a financial hold or institutional debt before stopping out, Carlson said.

More broadly, Carlson said Promise programs in Indiana, Tennessee and Mississippi are making strides in their support of adults, particularly because of their engagement with returning learners. In Indiana, leaders conduct a number of policy audits, he said, to ensure that policies do not create artificial barriers for students’ success and completion.

At LTCC, Lewis’ advice to other schools is to be intentional in their service to students by including all institutional constituents in support efforts.

“Outreach [to students] is not one department’s responsibility,” she said. “If your state is lagging on a Promise program, maybe your foundation can make that a focus.”