Widely recognized as a towering figure in the field of medicine, a brilliant surgeon and educator who broke color barriers while reaching the pinnacle of his profession, Dr. LaSalle D. Leffall Jr., died on May 25 in Washington, D.C. at age 89.

While his legacy extends throughout academia and the American medical community, Leffall was most closely associated with two historically Black institutions, Howard and Florida A & M universities. He entered FAMU as an undergraduate at age 15, graduated at 18, and later established an endowed scholarship in honor of this parents. He then attended Howard’s medical school and later chaired the department of surgery. 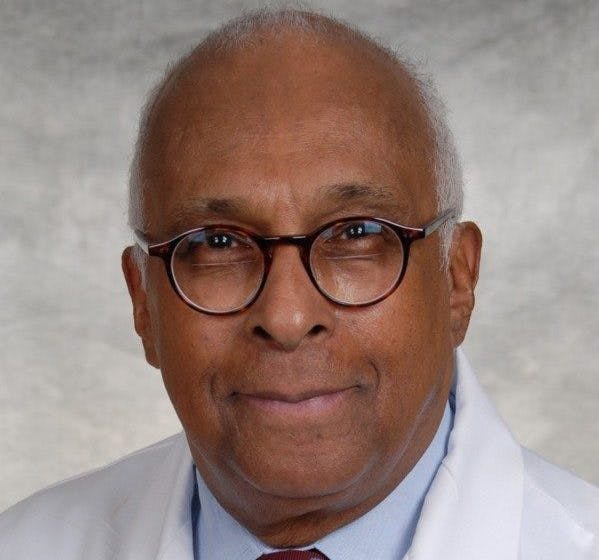 “He was a surgeon par excellence, oncologist, medical educator, civic leader, and mentor to me and so many others,” said Howard President Dr. Wayne A.I. Frederick, who studied under Leffall.

“I will always cherish that the first procedure that I conducted as a fully-accredited surgeon at Howard University was alongside Dr. Leffall in what was ultimately his final operation before retirement,” Frederick wrote this week in a letter to the Howard community.

Among his numerous ground-breaking achievements, Leffall was the first African-American to serve as national president of the American Cancer Society, the Society of Surgical Oncology and the American College of Surgeons.

After completing his surgical training at Freedmen’s Hospital—now Howard University Hospital — he was accepted into the prestigious Memorial Sloan-Kettering Cancer Center for surgical oncology training.

In 2005, Leffall published his autobiography, No Boundaries: A Cancer Surgeon’s Odyssey, in which he attributed much of his success to his father’s inspiration and a repeated mantra: “With a good education and hard work, combined with honesty and integrity, there are no boundaries.”

However, during a 2010 interview conducted by the American College of Surgeons’ Profiles in Science project, Leffall noted that he sometimes argued with his father about the statement because at that time, in the 1950s, there were so many segregation-based boundaries that Black people couldn’t cross. But he said, “As time went on, he was proved to be correct.”

But it took a while.

Leffall said in a 2013 interview that while serving in the Army at Ft. Sam Houston in Texas, he and three White colleagues went to a movie theater shortly before leaving for Munich, Germany. The clerk said he could not be admitted, but the Whites could go in. They declined and left with him. “Of all the things I have experienced I think that hurt worse than anything else,” Leffall said. “Here I am on my way to help the men and women who are defending our country and I can’t go to a movie with my colleagues.”

At FAMU, Leffall is being remembered not only as an alumnus, but as a generous donor and longtime supporter of the institution. In 1997, he and his wife Ruth and sister, Dolores C. Leffall, donated $350,000 to create an endowed scholarship in honor of his parents.

“Over the years, countless Rattlers have been inspired by his professional accomplishments and unselfish service to others,” said FAMU President Dr. Larry Robinson. “His name and legend will be enshrined forever in the annals of Florida A&M University.”

Howard professor of surgery Dr. Clive O. Callender, who worked under Leffall for 22 years, pointed out that despite being “one of the most brilliant men that I have ever encountered,” Leffall remained approachable and down-to-earth.

“In spite of his intellectual prowess, he never lost the common touch,” Callender said. “He taught, by example, compassionate care and putting love into the practice of medicine.”