If America’s top 200 colleges admitted applicants based on their SAT scores alone, more than half of the enrolled students would have to leave, and those remaining, with scores higher than 1250, would be less racially diverse and slightly more affluent. That’s a key finding in a new report released this week by the Georgetown University Center on Education and the Workforce.

Titled “SAT-Only Admission: How Would It Change College Campuses?” the research examined how using a test-only admissions policy at the most selective U.S. colleges would alter the demographics and credentials of a recent college class.

“In the wake of the college admissions scandal, our thought experiment tested whether removing legacy and social capital from the admissions equation would have a more equitable outcome,” said Dr. Anthony P. Carnevale, CEW director and the report’s lead author. “But a test-only admissions policy would only further privilege in the higher education system.” 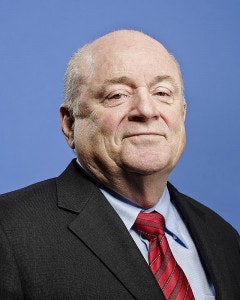 With test-only admissions, the report stated that the percentage of White students at these top colleges would rise from 66 to 75 percent; the combined portion of Black and Latino students would decrease from 19  to 11 percent; and the share of Asian students would fall slightly, from 11 to 10 percent.

However, an interesting finding was that lower-scoring affluent students were disproportionately taking seats that might have otherwise gone to students with higher test scores.

Dr. Ivory A. Toldson, president and CEO of Quality Education for Minorities Network and a professor in the Howard University School of Education, called the report “a telling examination” but said it raised several questions. “I would hope that people who are looking [into] this would expand the research beyond what the demographics of a college would look like if they only used the SAT, but would try to figure out what the SAT really means and whether not the SAT is something we should be using,” Toldson told Diverse. He noted that an increasing number of institutions are moving away from using standardized tests and are adopting “SAT optional” admissions. 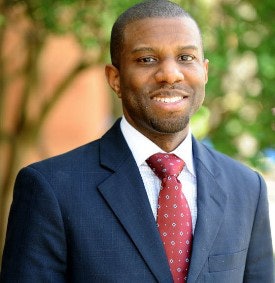 The CEW researchers were quick to point out that they were not test score advocates. “To be clear, we aren’t advocating admissions based on SAT or ACT score alone,” the report stated. “If anything, these standardized test scores have been overused as colleges and universities attempt to gain prestige … But the truth is that standardized tests are not a good enough predictor of college success to justify their use as a key determinant of admissions. Students with relatively high SAT scores do not perform at a much higher level than students with slightly lower SAT scores.”

“We also find that few of the admitted students with scores below 1250 are from the groups typically assumed to benefit from affirmative action,” the researchers wrote. However, in reality, Blacks and Latinos are not being admitted in significant numbers with lower scores.  The report stated that of the enrolled students whose SAT score is lower than 1250, 27 percent are Black or Latino, while 35 percent are affluent and White. Among applicants with lower test scores, Blacks and Latinos had a median score of 1120, similar to 1140 for Whites and 1130 for Asians.

The researchers called for an approach that is not either/or but it more encompassing.

“So, just as an SAT-only admissions standard isn’t the answer, neither is an admissions process without any standardization at all,” the report concluded. “What we need is a system that is not only holistic (while still including some form of standardization), but also transparent. Without transparency, there is no way to ensure that the system is fair.”