Study Finds Racial Differences on the Future of Work

African-Americans are more interested than other groups in affordable education, people of color are more likely than Whites to pursue online or community college education and Latino workers are finding that they are more often relegated to hourly work as opposed to more frequent salaried employment than in the past. 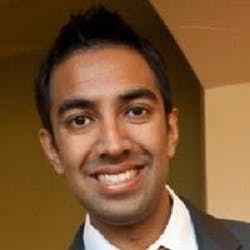 These are among the most striking findings of a newly released study on people of color and the future of work and perhaps the most extensive study of its kind to date. The 36-page “Racial Differences on the Future of Work: A Survey of the American Workforce” was produced by the Joint Center for Political and Economic Studies, a Washington-based think tank focused on issues affecting people of color.

The people behind the report are hoping it stirs conversation, particularly as the National Urban League and the National Association for the Advancement of Colored People meet this week at annual conferences, and as 20 Democratic White House hopefuls prepare for their second debates next week.

The report is timely as the country gradually moves toward a majority-minority dynamic and with technology becoming more prevalent in society, Harin Contractor, workforce director at the Joint Center, said in an interview with Diverse.

Contractor wrote the report in conjunction with Dr. Ismail White, the center’s director of survey research.

Perhaps the finding with the strongest reverberation is that African-Americans want opportunities that will lead them to education and to work.  That runs counter to a stereotype that people of color do not want to work and instead prefer to live off of government assistance. 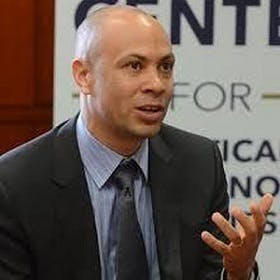 The Joint Center report “completely runs counter to that,” Spencer Overton, president of the Joint Center, told Diverse. “This is the data; this is what the data said.”

Eighty-five percent of African-Americans, a higher proportion than in any other group, support free college or training, and people of color are more likely than Whites to pursue education online or at community colleges, according to the report. The survey, which included 500 interviews from a final sampling of 2,000 people, also found that cost is a barrier to additional training for all, no matter their race.

The report also shows that between 21 percent and 32 percent of all groups believe schools should be prodded to offer more vocational training.

The report also shows that Asian Americans are 70 percent more likely than African-Americans to believe technology has given them more opportunities in the workplace.

When it comes to such varied thinking, Overton explained that African-Americans are more skeptical about what technology has afforded them professionally.

Forty percent of Asian Americans in the study believe technology is providing them opportunities at work, compared to 24 percent of African-Americans.

“They’re not Luddites,” Overton said of African-Americans. “They’re not technophobes. They anticipate the future.”

Another finding that illustrates changes in the working world is that one-fourth of Latino workers report they’ve moved from salaries to hourly work on their jobs.

The gradual shift away from more lucrative salaried jobs for Latino workers is indicative of the shift for all workers to a more consultant-rooted economy, Contractor said. 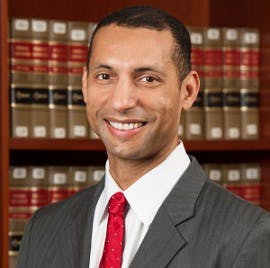 · A majority of respondents from all racial backgrounds are willing to invest their own money to get more job training that could possibly advance their careers. However, the interest seems concentrated in spending up to $2,000 and declines significantly for higher amounts. A larger percentage of African-Americans (24 percent) and Whites (19 percent) expressed an unwillingness to invest any of their own money in training, with Latinos at 15 percent and Asian Americans at 14 percent. Significant racial disparities in interest for spending one’s own money for training begin to appear at amounts over $500.

· Regardless of race, financial constraints were the most-cited barrier to obtaining additional job training. Roughly half of the respondents from each racial group reported that money issues stood in the way. The least-cited barrier was feeling personally incapable of acquiring new skills.

The survey is the first of six in an anticipated series, and this first offering indicates that society needs to adjust to meet the desires of workers of color to participate more in the changing economy.

“We believe that the inclusive upscaling of society needs to be reinforced,” Contractor said.