Higher education leaders often cite state disinvestment as one of the main problems plaguing their institutions. And it’s true, state governments have allocated less resources to colleges and universities after the Great Recession in 2008. 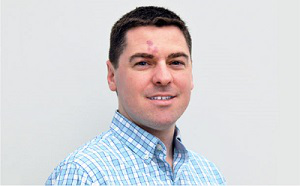 But state investment alone, while crucial, isn’t enough to make higher education accessible, according to a new report by Ithaka S+R, a higher education consulting company. The brief advocates for states to create strategic plans for three financial factors – appropriations, tuition and financial aid – to better support underrepresented students. Each one is a facet of affordability, it argues, so when the three aren’t aligned and considered together in a state-specific context, that leads to inefficient funding.

“States really need to think about aligning all of their various funding policies in order to maximize the impact of this funding and maximize the state dollars that are going into higher education to really improve outcomes for students,” said Ithaka S+R researcher Dr. James Dean Ward, an author of the report.

The report is part of a two-year grant project funded by the Joyce Foundation to explore state policy’s impact on access to higher education. Now a year into the project, Ithaka S+R will continue to come out with reports and case studies in the coming year. The intended audience is state lawmakers, as well as university leaders and advocacy groups who can put pressure on state leaders.

While its not the first report on what state investment in higher education should look like, Ward said, the brief tries to fill “a gap in the literature” in a “thoughtful way.”

“Funding and financing at the state level are not static issues,” he said. “They evolve over time as policy evolves and the contexts in which colleges are existing.”

The brief brings together research to highlight the ways in which appropriations, tuition and financial aid affect underserved students, both separately and together. Among other issues, it points out that lowering appropriations, the funds that go directly from state governments to public universities, leads to higher tuitions. Higher tuitions can deter low-income students from applying.

Meanwhile, financial aid is shown to have the biggest impact on access for underprivileged students, but it’s likely not sufficient help on its own. Merit-based aid often doesn’t go to low-income students, applying for need-based aid can be convoluted and sometimes state financial aid applications are misaligned with the FAFSA, the form for federal financial aid, so students can enroll without knowing how much aid they have.

There are some states trying to do better, Ward said. The report points to Virginia, for example, as a state that’s worked to align these three financial mechanisms. For its proposed 2020 fiscal year budget, the State Council of Higher Education in Virginia sought to expand financial aid for public colleges with decreasing student populations and to limit rising tuition prices by putting aside funds to offset increases in faculty salaries. It also set some restrictions on schools using tuition revenue toward subsidizing out-of-state students who pay higher prices. 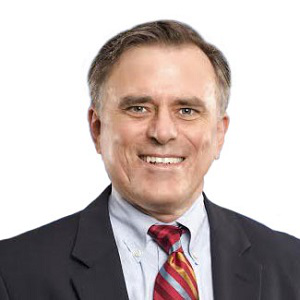 Recruiting out-of-state students is a tool public universities use to “maximize funding,” said Martin Van Der Werf, associate director of editorial and postsecondary policy at the Georgetown University Center on Education and the Workforce. To him, it’s one of a number of university practices that don’t serve states’ best interests.

“The system has become a little out of whack with what public institutions were founded to do,” he said. “Primarily, they were meant to be in concert with the workforce, education and training needs of their states.”

That’s why it’s important to have these funding conversations at the state level, as opposed to the national level, Van Der Werf noted. States control the most substantial mechanisms for financing public higher education, so states and institutions need to work in tandem.

“Federal policy can help steer but it really can’t go into each individual college and create priorities,” he said. “So the real impetus and the real action has to come at the state by state level.”

Also, as Ward pointed out, each state is different and has to take its own context into account. At the state level, higher education needs to “compete with other sectors for public dollars,” he said, so state policy will depend on the unique needs of other sectors, as well. States also have a different numbers of private versus public universities, different degree attainment rates and different demographics, all of which impact funding priorities – and how best to serve underrepresented students.