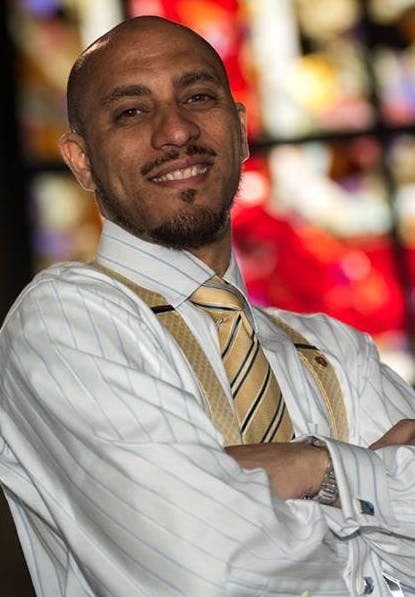 “We talk about issues of race and equality and we don’t talk in hush tones,” said Robert Solomon, assistant vice provost of diversity and inclusion at OSU, who pointed out that across the past three decades, the Hale Cultural Center has proven to be a leader in initiating conversations about equity issues. “Our cultural centers are often the signposts for many parents to see what is available for their children.”

The Hale Center, Solomon added, is their “home away from home,” noting that the Center has played a critical role across the years in cultivating Black excellence on campus, which includes more than half of Black males achieving a cumulative grade point average of 3.0 or better and the selection—in recent years—of two Rhodes Scholars.

“There is no doubt in my mind that the Hale Center has played a vital role in these successes,” said Solomon. “Black cultural centers are the foundation.”

Indeed, that sentiment was shared by leaders from other institutions who run Black Cultural Centers. While the fight for cultural autonomy and funding for these centers is always ongoing, they said that the need for a safe space for Black students on campus is needed now more than ever.

“Our Black Cultural Centers are links to the past and we currently occupy them,” said Jeffries, who teaches African-American history at OSU and delivered the keynote address at the four-day convening. “But it is our charge to pass them from one generation to the next. They are symbolized by the struggles of the past.”

Jeffries said that over the span of the Hale Cultural Center’s existence, four to eight generations of students have passed through OSU “marked by significant social and political moments in their life.”

For example, today’s traditional age college students have no personal memory of the 9/11 attacks, Hurricane Katrina or the election of President Obama, he said.

“They don’t remember the campaign, they just remember their parents being happy,” Jeffries said, adding that the murder of Trayvon Martin, Mike Brown and the origins of the Black Lives Matter movement is beginning to fade as these youngsters live and study in the age of President Donald J. Trump.

“This is their formative political experience,” he said, pointing out that the rhetoric around Trump’s 2016 election and the spate of racial incidents on college campuses after his election, has resulted in African-American students enrolling at historically Black colleges and universities in record numbers.

“Donald Trump to Black colleges is the gift that keeps on giving,” said Jeffries. “We just don’t need to invite him to campus to thank him.”

“Their uplift in life is different from students five years earlier,” said Jeffries, who said that the Muslim ban during the first six months of the Trump presidency has “catalyzed and informed” these students who are eager to hone their activism. 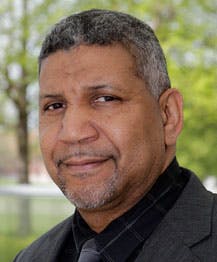 “We have to acknowledge and recognize where students are,” said Jeffries. “And many of our students are thirsty. How are we going to help them figure it all out? The only way you get progressive change is through students.”

Lawrence K. Williamson Jr., director of the Hale Black Cultural Center said this year’s convening provided the space for college leaders to engage in transparent dialogue about the issues facing their campuses and society in general.

“We wanted individuals to deal with the challenges, positive and negative that we have in cultural centers,” said Williamson. “What ABCC does is that we bring everybody together and sit at the table and say, ‘Let’s look at our experiences, let’s look at our commonalities, and what can we do to help each other’? And we leave feeling revived.”