The two year program—a boot camp of sorts—includes a leadership forum and mentorship program designed to help promote diversity among higher education leadership. Currently, nearly 60% of sitting university presidents are over the age of 60 and there has long been a concern about the lack of women and people of color being groomed for top university positions.

Cohort leaders are matched with current and former MSI presidents like Drs. Mildred “Millie” Garcia, president of the American Association of State Colleges and Universities (AASCU); Charlie Nelms, a three-time college president and the first African-American to be appointed chancellor of an Indiana University (IU) campus; Roslyn Clark Artis, the president of Benedict College; and David Wilson, the president of Morgan State University, who serve as mentors throughout the program. 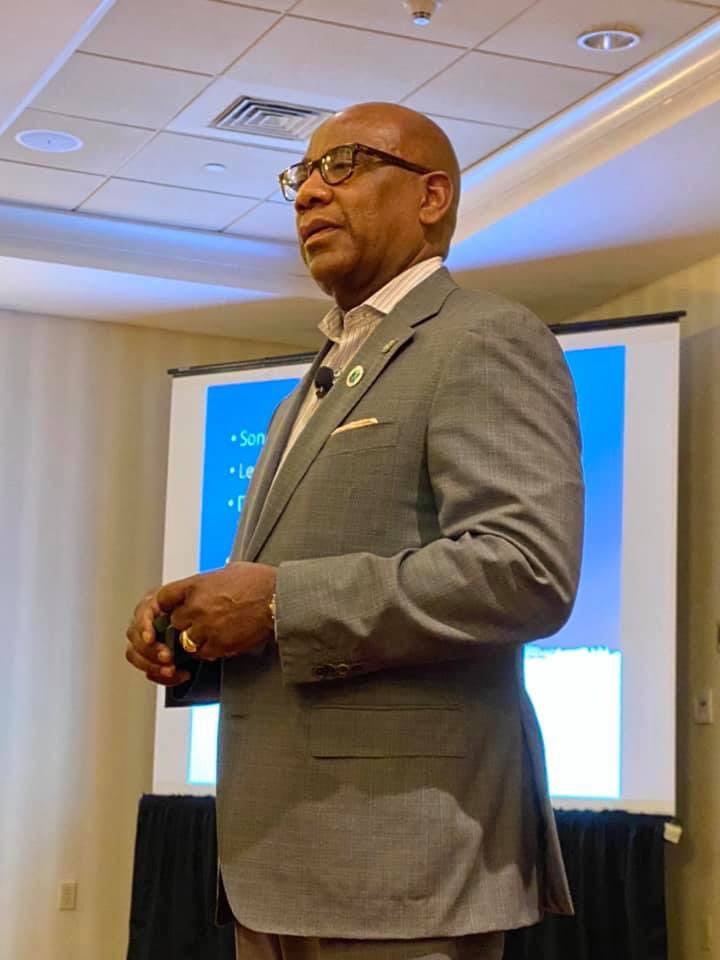 “I’m very excited about our aspiring leaders and what they mean to the future of higher education and the diversity of strong leadership,” said Dr. Marybeth Gasman, who holds the Samuel DeWitt Proctor Endowed Chair in Education and is the executive director of the Samuel DeWitt Proctor Institute for Leadership, Equity, and Justice and the Center for Minority Serving Institutions at Rutgers University. “I’m also in awe of our presidential mentors who are willing to give three days of their time to engage with the aspiring leaders one-on-one and to give two years of their time to being mentors.”

Supported by $815,000 in grants from ECMC Foundation, The Kresge Foundation, Apple, Samsung, Hewlett-Packard (HP), Intel and Pinterest, the program seeks to cultivate future MSI presidents by strengthening pathways to leadership and building connection between peers with similar aspirations and abilities.

The leaders spent the weekend engaged in a deep dive of case studies, emergency exercises in real time, budget and finance planning and one-on-one conversations with veteran college presidents who were able to walk them through various scenarios and share sage advice. The role of search firms, managing crisis and media relations and managing board of trustee relationships were some of the other topics explored over the weekend.

Mautra Jones, Vice President for Institutional Advancement and External Affairs at Langston University in Oklahoma said that the program has been rigorous and useful.

“The experience has been humbling and I can admit that as a leader,” said Jones, who has been at LU, a historically Black university for nearly five years and has aspirations of someday becoming a college president. “When I am called to serve, I will serve, I think that when the time is right it will occur but that is what I aspire to be,” said Jones, who is completing her Ed.D. at Vanderbilt University.

She said that she’s fortunate to have met other MSI leaders who has similar aspirations.

“As we go on this journey together, we can learn together and serve as a resource for each other,” said Jones, who is being mentored by Nelms.

Like Jones, Dr. Pamela Payne Foster is also being mentored by Nelms. Currently a professor in the Community Medicine/Population Health Department at the University of Alabama Tuscaloosa School of Medicine, the medical doctor said that she wants to someday be an HBCU president and is readying herself for a future position.

Nelms, she said is “legendary” and “really has stretched me to think and move in different ways.”

Participating in the Aspiring Leaders program will enable her to “build my skills and network beyond institutions,” she said, adding that the interactive structure of the program set it apart from other leadership programs that she’s participated in across the years.

“They really stretched us to think on our feet quickly,” said Foster, who is also the deputy director of outreach for the Institute for Rural Health Research at the University of Alabama. “We really worked together collaboratively and as a team.”