Rural students in Illinois take on more debt to attend college than their peers, preventing them from returning and contributing to their rural communities, a new report found.

The study is part of a series of three reports by the Partnership for College Completion, a higher education advocacy organization in Illinois. The series examines how different groups of students are impacted by the state’s dwindling investment in higher education, after state funding for public universities dropped 50% from 2002 to 2018 in Illinois. The first two reports focused on Black and Latinx students.

The goal is to shift the focus from institutions to students in discussions about state disinvestment. 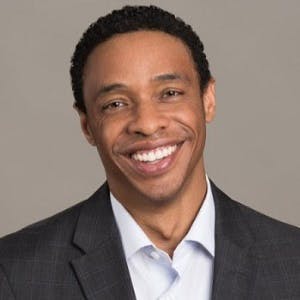 “Over the past couple of years, we’ve spent a fair amount of time navel gazing and tongue gnashing about the state of higher education in Illinois,” said Kyle Westbrook, founding executive director of the Partnership for College Completion. “What we thought was important in these series of reports is to begin to reframe this conversation about disinvestment in higher education in Illinois around its impact on students.”

The report on Illinois’ rural students found that they have limited access to colleges and universities, partly because they need to travel farther than their peers. The state has 62 private colleges but only 25 of them are located outside the Chicago metropolitan area with only seven of them serving areas with limited college access. According to the report, rural students travel over 100 miles to get to a private college versus students from cities and suburbs, who travel about 30 miles.

Meanwhile, there’s a divide between rural students who can afford to leave for college and those who can’t, the report found.

Rural households tend to have lower incomes but more financial stability in terms of wealth and assets. But the rural students who go to college are still incurring more student loan debt than their peers. The average cost of tuition for low-income students at a public university in Illinois is $12,800 per year, which is steep compared to other states. Surveyed students from rural areas in Illinois who attended public four-year universities owed about $10,500 in debt while urban and suburban students owed $1,300 less on average.

Given the distance between rural areas and most Illinois campuses, many rural students in Illinois also partake in online programs, which often cost as much if not more than other programs at public universities and private nonprofit colleges, according to a survey cited in the report.

The study also looks at the compounded access and affordability challenges for rural students of color. While Black students had similar completion rates in urban and rural areas, Latinx students from rural areas were less likely to earn a degree than their urban or suburban peers.

“Unintentionally, this disinvestment makes it harder for rural students to return to rural areas, which can actually speed up population loss in those areas,” said Partnership for College Completion Policy Analyst Michael Abrahamson, the report’s author. National studies show “if we can get more rural students with degrees to go back to those rural areas it can actually spur more economic development.”

The Partnership for College Completion chose to focus on rural students in part because of an “unstated but just beneath the surface sentiment” among Illinois lawmakers that college affordability is just a Chicago problem, Westbrook said. He stressed that this issue should matter to lawmakers with rural constituents too.

“Race is certainly a part of this, Black and Brown students in particular,” he said. “But it cuts across racial lines to affect rural students. When it comes time for voting for state appropriations, we can’t set this up as a Democrat versus Republican, downstate versus Chicago area battle, because the impacts are felt across the state.”

The recommendations “chart a vision for the future” and offer ideas for “targeted reinvestment,” Abrahamson said. “The bottom line is that there’s no substitute for reinvestment in the state.”