Robert Parris Moses, a former student leader in the Student Nonviolent Coordinating Committee (SNCC) who went on to become a well-known educator, died over the weekend at the age of 86. 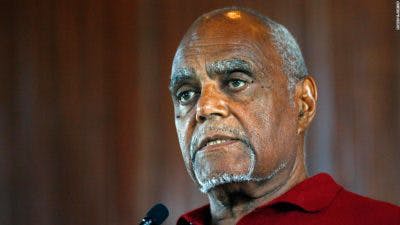 On the education front, Moses founded The Algebra Project, a national U.S. mathematics literacy program created to help low-income students and students of color improve their mathematical skills. The project has become a national model and is currently operational in more than 10 states.

But it was his work as a young man in the burgeoning civil rights movement in the 1950s and 1960s that catapulted Moses to national fame. Moses left his job as a high school math teacher and got involved in the 1964 voter registration campaign, the Mississippi Freedom Summer Project and several other defining civil rights projects that focused on voting rights. A native of Harlem, he eventually became a SNCC Field Secretary in 1960.

“Throughout his life, Bob Moses bent the arc of the moral universe towards justice,” said Derrick Johnson, president of the NAACP. “He was a strategist at the core of the voting rights movement and beyond. He was a giant.”

A 1982 MacArthur Foundation fellow, Moses was passionate about education and was committed to honing his skills in the classroom. He became a visiting professor and lecturer at a number of colleges and universities across the years, including Florida International University and Princeton University. In 2004, Diverse profiled Moses.

Dr. Hasan Kwame Jeffries, an associate professor of African American History at The Ohio State University, said that few people had as profound an impact on the civil rights movement as Moses.

“His work in Mississippi in the early 1960s helped crack that state open, leading to the end of legal segregation and the enfranchisement of African Americans,” said Jeffries who is the author of several books including Understanding and Teaching the Civil Rights Movement published last month. “But Moses did more than just help topple Jim Crow. He risked his life to empower Black Mississippians, to help them face their fear of the deadly consequences of challenging white supremacy by providing them with the encouragement – and tools – they need to lead their own struggle for freedom. And Moses kept fighting, applying the organizing lessons of the movement to the struggle for educational equity today.”

Jeffries said that Moses did not believe in the proverbial “great man.” Instead, “he believed in the greatness of ordinary people. But if there ever was a ‘great man,’ – a person whose greatness was rooted in their sincere commitment to elevating the most marginalized among us, it was Robert Parris “Bob” Moses,” Jeffries added.

An advocate for non-violent protests, Moses was mentored by civil rights and labor leaders, including Bayard Rustin and Ella Baker. He earned a bachelor’s degree from Hamilton College in Upstate New York and in 1957, he obtained a master’s degree in philosophy at Harvard University.

Americans from all walks of life paid tribute to Moses, including the Reverend Al Sharpton.

“We owe Bob Moses a lot,” said Sharpton, a civil rights activist. “Bob Moses was one of the activists who were in the trenches around voting rights. He never went for headlines. He was not a high-profile figure, but he did the work,” said Sharpton, who added that “had he not done the work, we would not have gotten the Voting Rights Act of 1965. Those of us who are fighting to keep voting rights today, owe a lot to Bob Moses. He helped to lay the trail that we are all walking down and will continue walking down.”

Added Dr. Evelyn Brooks Higginbotham the Victor S. Thomas Professor of History and of African and African American Studies at Harvard University, said that Moses was a hero.

“Bob Moses, like John Lewis, will be remembered as one of the giants of the civil rights movement—the voice of a youthful generation that came of age through protest activism that would eventually open doors of opportunity, once denied to Black people by state-sanctioned segregation and voter disfranchisement laws,” she said.