Delta Air Lines Inc. will begin new, dedicated diversity training for all of its flight crews after at least two widely publicized incidents where passengers said they were discriminated against or treated uncivilly on its flights.

Chief Executive Officer Ed Bastian banned a passenger for life in November after the man was videotaped yelling in support of Donald Trump. A few weeks earlier, the carrier had apologized to a black doctor who volunteered to help a sick passenger and was rebuffed by a flight attendant. 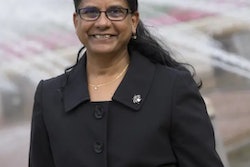