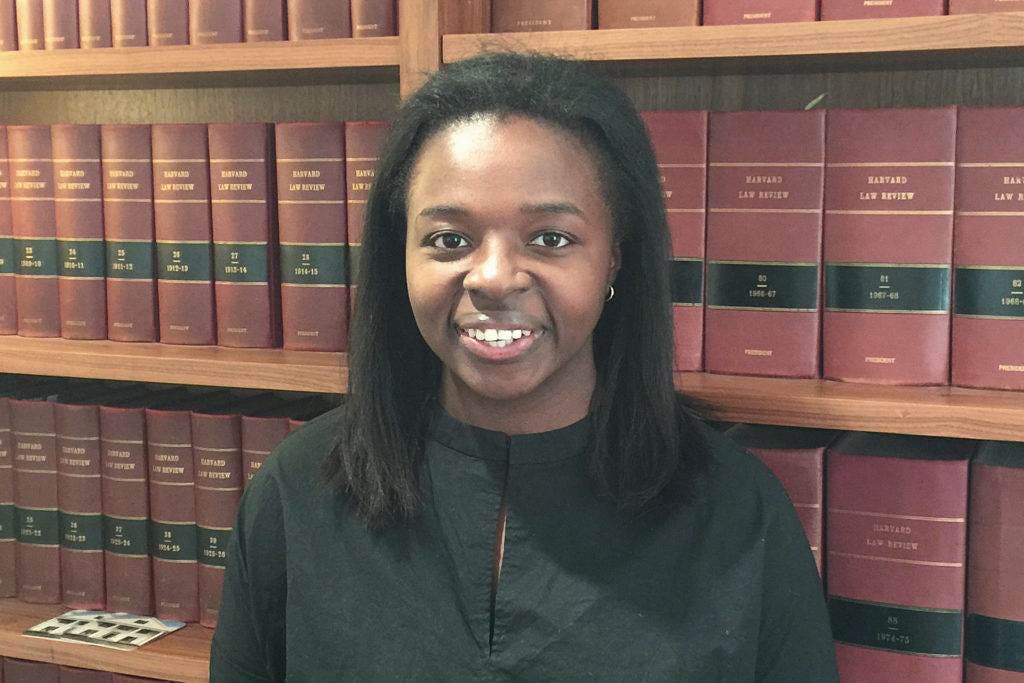 CAMBRIDGE, Mass. — It has been 27 years since the first black man, an older student by the name of Barack Obama, was elected president of the prestigious Harvard Law Review. It has been even longer — 41 years — since the first woman, Susan Estrich, was elected to the position. Since then, subsequent presidents have been female, Hispanic, Asian-American, openly gay and black.

Only now, for the first time in the history of the venerable 130-year-old journal, is the president a black woman.

ImeIme (pronounced “Ah-MAY-may”) Umana, 24, the third-oldest of four daughters of Nigerian immigrants, was elected on Jan. 29 by the review’s 92 student editors as the president of its 131st volume.

The Harvard Law Review — which, like other law reviews, allows students to hone their legal writing skills and gives scholars a forum in which to thrash out legal arguments — is often the most-cited journal of its kind and has the largest circulation of any such publication in the world.

Read the full story via The New York Times