Police are investigating whether hazing could have played a role in the sudden death of a 20-year-old University of California Riverside student last weekend. 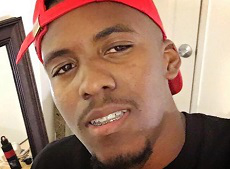 Tyler Hilliard died after going to a nearby mountain with other members and pledges of the Alpha Phi Alpha fraternity, according to his mother, Myeasha Kimble.

Kimble told ABC News that her son, a business major at UC Riverside, was excited to be pledging Alpha Phi Alpha, the oldest Black Greek fraternity in the United States that counts Martin Luther King, Jr., among its brothers.

On Saturday night, Hilliard went with other fraternity pledges to Mount Rubidoux, ABC station KABC in Los Angeles reported. Medical aid was called around 9 p.m. Saturday and Hilliard was taken to a hospital, where he was alert and talking to staff, Riverside Police spokesman Ryan Railsback told ABC News.

From the hospital, Hilliard’s family called the Riverside Police early Sunday, saying they were suspicious about why Hilliard had ended up in the hospital and that hazing was possibly involved, Railsback said.

“There were texts in my son’s phone in regards to paddling,” Kimble explained. “There were also text messages on the phone where he was getting hit with a cactus.”

Hilliard died in intensive care after going into medical stress, Railsback said. While an autopsy report is pending, he added, police are “conducting an investigation as a suspicious death at this point. We are looking into concerns the family has about possible hazing.”