Buckingham University, located in England, has announced it will begin asking its incoming students to sign a pledge that says they will not use drugs on campus, in efforts of becoming Britain’s first “drug-free” campus. 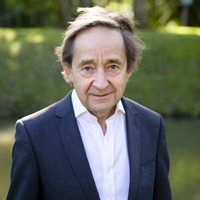 The new initiative comes after the University of Sheffield was condemned for providing instructions on how to safely take drugs on its website.

Buckingham’s vice chancellor, Sir Anthony Seldon, announced the new plan in a recent Daily Mail column, citing how the university will adopt a “compassionate policy” to deter drug use, according to The Guardian.

Students struggling to refrain from drug use on campus will be offered support services, but if they still continue to break the university pledge they will be asked to leave.