Indiana U. Trustees Vote to Remove Segregationist’s Name From Building 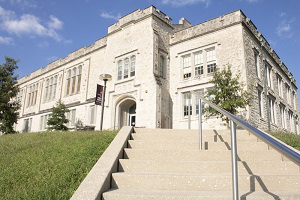 Trustees at Indiana University voted this month to strip the name of a racial integration opponent from one of the college’s buildings, according to ABC News.

The intramural center on the Bloomington campus will no longer carry the name of Ora Wildermuth, who was a trustee at the school from 1925 to 1952. It was during his tenure that he claimed the intelligence of Blacks was far below that of Whites.