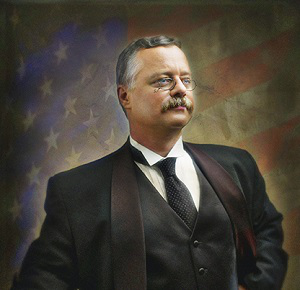 The collection, called the Theodore Roosevelt papers, is one of the largest presidential print records held by the Library of Congress, comprised of around 276,000 documents and 461,000 images, according to a Library of Congress press release.

In the past, a portion of the Theodore Roosevelt papers as available on microfilm, making it easier for Library staffers to digitize. More recent contributions to the collection were scanned and digitized.

The Theodore Roosevelt papers gives insight at Roosevelt’s life as a person and American president who, during his presidency, sought to centralize power after a period where Congress and the U.S. Supreme Court controlled the U.S. government.

It also documents his other jobs as a New York City police commissioner, a cavalry officer during the Spanish-American war and his founding of the Progressive party.

The Theodore Roosevelt papers have been housed at the Library in print form since he sent the first shipment of his papers from his home in Oyster Bay, New York in 1917 for safekeeping, the press release said. Additional donations were made to the collection by Roosevelt’s family and literary executor.

The collection is available at the following link: loc.gov/collections/theodore-roosevelt-papers/about-this-collection/.