Liberian President George Weah has announced that tuition will be free for all undergraduates entering any of the four public universities in the West African nation, according to a report by AfricaNews.com. 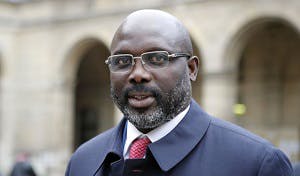 In a social media post Thursday, Weah wrote: “Today, I’m excited to announce that I have declared the University of Liberia and all other Public Universities in Liberia tuition free for all undergraduates.”

Reports indicate that Weah made the declaration before students of the University of Liberia (UL) at the Capitol Hill campus located in the capital, Monrovia. The declaration elicited loud cheers and applause.

Weah, who was elected earlier this year, did not immediately provide details. Free tuition programs in the United States are a new trend and vary widely in terms of stipulations and exceptions, so it remains to be seen how the concept will take shape in Liberia.

Students recently protested fee increases at UL, accusing the administration of unilaterally hiking fees. Students met with Weah, who promised to look into the issue and visit the school. It was during that visit that he announced the free tuition.

Mawine G. Diggs, who had served as president and chief academic officer of the Eastern Campus in Michigan’s Wayne County Community College District, recently was appointed by Weah as director general of Liberia’s National Commission on Higher Education, Diverse reported. This is the first week on the job for Diggs, a Liberia native.