UNC President Rumored to Step Down After Only Three Years

University of North Carolina (UNC) president Margaret Spellings will step down as president after serving the university system for only three years, three sources told The News&Observer. 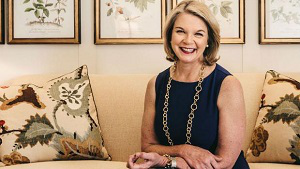 Sources say that Spellings has been in negotiations with the UNC Board of Governors regarding her departure. It’s unknown of when exactly she will leave the job, but sources say it could happen early next year.

Spellings, a former U.S. Secretary of Education under President George W. Bush, was hired as UNC president in 2015 after the board forced the removal of its previous president, Tom Ross. Her five-year contract was set to expire in February 2021.

Spellings experienced many challenges since the start of her reign, such as being the target of student protests. The university was also sued over HB2, the law that required transgenders to use public bathrooms that matched their gender at birth, The News&Observer reported.

The UNC Board met in an emergency session on Friday to discuss an “executive personnel matter”, The News&Observer reported.