An email from some Wright State University (WSU) faculty Senate members was circulated to WSU staff and faculty calling for a vote of “no confidence” on president Dr. Cheryl Schrader. 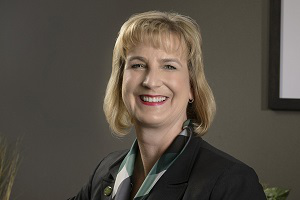 Doug Fecher, a chairman of the university board of trustees released a statement in response to the email saying that Schrader’s main focus has been on financial recovery and long-term fiscal sustainability, according to Dayton Daily News.

“While she has only been on the job for little over a year the university has produced the first operating surplus in many years and has instilled strong budget controls and accountability that will serve the university well into the future,” said Fecher. “She’s had to make tough choices to facilitate a financial recovery and I’m certain she will continue to make the difficult choices necessary for Wright State to prosper and excel.”

The email and vote comes as WSU’s faculty union and administration were in discussions regarding compensation, health care benefits, workload and other contracts.

WSU trustees initially cut more than $30 million from its 2018 fiscal year budget to try to correct years of overspending, but after seeing that the cuts weren’t enough towards the end of that fiscal year, Wright State reduced spending by about $53 million, Dayton Daily News reported.

The vote of “no confidence” could mean that the WSU officials will have to partake in fair bargaining, Martin Kich, president of the Wright State chapter of the American Association of University Professors said.