Yukai Yang, a former chemistry major at Lehigh University, is charged with attempted murder after a months-long investigation concluded he tried to poison his roommate by putting deadly chemicals into his food and drink. 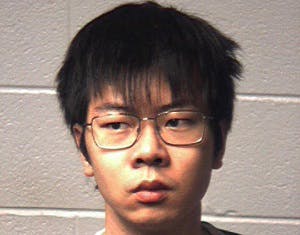 The victim, Juwan Royal was shocked after hearing about Yang’s actions, and said that he believed they had a good relationship, according to The Morning Call.

Yang, 22, has also been charged with ethnic intimidation of Royal, a Black student. He was arrested in April after being accused of spraying racist graffiti in their dorm room.

Authorities now believe that Yang repeatedly put thallium (an odorless and colorless chemical used as rat poison) into his roommate’s food and drink. On two separate occasions, campus police were called to Royal’s room after he felt sick.

After testing his blood in May, it was revealed that he exhibited symptoms of thallium poisoning, The Morning Call reported.

Yang plans to plead guilty to all charges, according to his defense attorney.