The Ohio State University (OSU) has made strides in making college education more affordable for its students, according to a new report from the Ohio chancellor of higher education.

Public colleges and universities in Ohio have saved a combined $320 million in institutional funding in the 2018 fiscal year, and approximately $179 million of that reduced student fees. 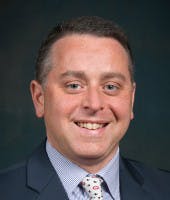 “Ohio State’s commitment to affordability goes hand in hand with our focus on operational excellence,” said Michael Papadakis, interim senior vice president and CFO at the university. “Every dollar that we save through efficiency measures is redirected back into our academic mission.”

Other ways that OSU has made its education more affordable to students include:

-Completion grants were distributed to 160 students who were close to graduation and in danger of leaving the school due to non-payments during the 2017-18 school year; and

-The university has spent more than $11.1 million over four years to make iPads and learning technology kits available to students for free.