The City College of New York (CCNY) has named Dr. Tony Liss, an esteemed physicist with research experience at the highest energy accelerators in the world, as its new provost. 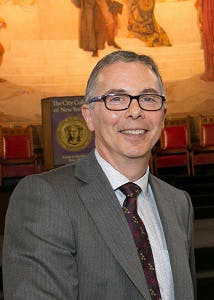 Liss previously served as the college’s interim provost and senior vice president for academic affairs. He joined the CCNY faculty in fall 2013 as the inaugural Martin and Michele Cohen Dean of Science, according to CCNY officials.

Liss is internationally known for his research in high-energy physics at places such as the Large Hadron Collider at CERN and the Collider Detector at Fermilab. His research resulted in the discovery of a new fundamental particle called the top quark.