UC Admins Warn Students, Faculty not use Messaging Apps While in China

University of California administrators have warned students and faculty not to use WeChat and WhatsApp messaging apps and social media while in China, citing concerns that any communications could be used against them by China’s law enforcement agencies.

The suggestion comes following recent arrests of Huawei executive Meng Wangzhou and American Paul Whelan, who was arrested on suspicion of espionage, according to CBS-affiliate WTVR. 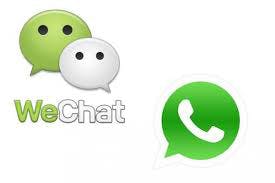 In addition, Canadians Michael Spavor and Michael Kovrig are currently under investigation on suspicion of “activities that endangered China’s national security”.

Though the use of the messaging apps are legal in China, “we have seen in the latest espionage charge of a U.S. citizen in Russia where the use of WhatsApp has been cited in his espionage charges,” UC administrators said in a recent email to students and faculty.

“Our concern here is the possibility China could use this condition similarly against western travelers to levy charges or as an excuse to deny departure,” the administrators continued. “We recommend not using these messaging apps in China at this time.”