Archdiocese of Chicago’s St. Joseph College Seminary of Loyola to Close in June

The Archdiocese of Chicago recently announced it will no longer offer its undergraduate seminary program on the Loyola University Chicago’s Roger Park campus, citing a decrease in enrollment and changes in demographics of priesthood candidates. 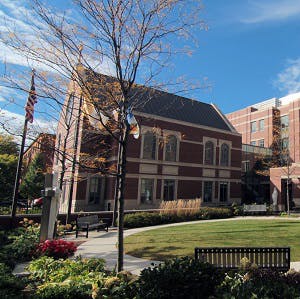 The St. Joseph College Seminary of Loyola University Chicago will be closed beginning in June.

The Archdiocese’s undergraduate seminary program has been based at the Roger Park campus since 1996. The program was located in a former residence hall for several years before moving into a new building in June 2012.

Currently, 20 students are enrolled in the seminary.

The seminary expected a small incoming class, and the decision to end the program came as a result of the need to “steward archdiocese resources”, according to the Chicago Tribune.

Current St. Joseph students who want to continue in a college seminary will transfer to St. John Vianney College Seminary at the University of St. Thomas.