In an effort to end sharp tuition hikes for Arizona colleges and universities, an Arizona Senate panel recently voted to have taxpayers pay more of the cost of higher education.

Members of the state senate Committee on Higher Education and Workforce Development approved legislation without dissent to add $102.7 million into universities for the 2019-20 school year and beyond the around $630 million allocated, according to Tuscon.com. 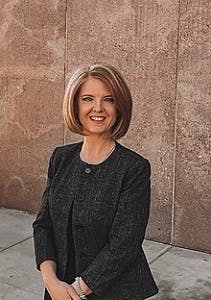 The goal of Senate Bill 1518 is to receive state support to $7,900 for each student in today’s dollars, what the Board of Regents determined to be half the cost of education. The current state support per student is just 34 percent, according to the board.

The request for additional funding comes as the state seems to have abundant funds.

“We do have dollars available to do this,” said Sen. Heather Carter, the prime sponsor of the legislation.

According to legislative staff reports, taxpayers provided $7,212 per student in 2010. Taxpayers now pay $4,027 per student.

Sen. J.D. Mesnard, said he supports the idea of having the state add 50 percent of the cost of educating Arizona residents, however “we have to figure out how we would pay for this,” he said.

“My vote here today does not mean I support taking more from our taxpayers,” Mesnard said. “I don’t want this (vote) to be used as a, well, whatever it takes to pay for this.”

The next step for SB 1518 is to be presented to the Senate Appropriations Committee, but the final decision will ultimately come from the budget negotiated between state lawmakers and the governor.