Fourth President of Bethune-Cookman Dies at 91

Dr. Oswald Bronson, the fourth president of Bethune-Cookman University, has passed away. He was 91 years old. 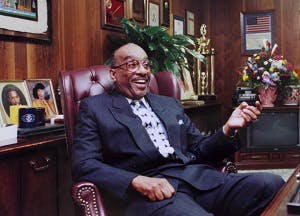 Bronson served as the university’s president for 29 years before retiring in 2004, according to NBC-affiliate station WESH.

Bronson is credited with expanding the university, overseeing construction and building enrollment.