University of Central Florida (UCF) president Dr. Dale Whittaker’s letter of resignation has been accepted by university board of trustees just two days after Whittaker offered to leave his position to appease state lawmakers upset about the institution using operating funds for construction costs. 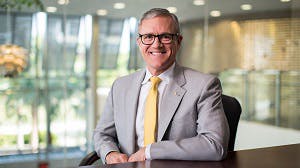 Using state operating funds for construction is a violation of state policy, according to the Tampa Bay Times.

In his official resignation, Whittaker stated a change of leadership was necessary in order to regain confidence in the university, particularly among state legislative and education leaders.

Whittaker was relatively new to the UCF faculty and administrators, serving only six months until his resignation.

Several students attended the recent emergency board meeting in support of Whittaker. Many students, and some university staff advised trustees to reject the resignation.