Amid the recent unveiling of the largest college admissions cheating scandal in U.S. history, one of the main institutions involved, the University of Southern California, has announced it will deny admission to all student applicants linked to the scandal. The school is also reviewing current students and graduates who may be connected to the scheme.

Although the nationwide admissions scandal has involved elite institutions around the country such as Yale, Stanford and Georgetown, USC has been the center of the case.

University officials have taken action against those involved in the scheme since it was revealed, firing its associate athletic director, a top admissions officer and placed one of its most esteemed dentistry professors on leave, according to BuzzFeed News. 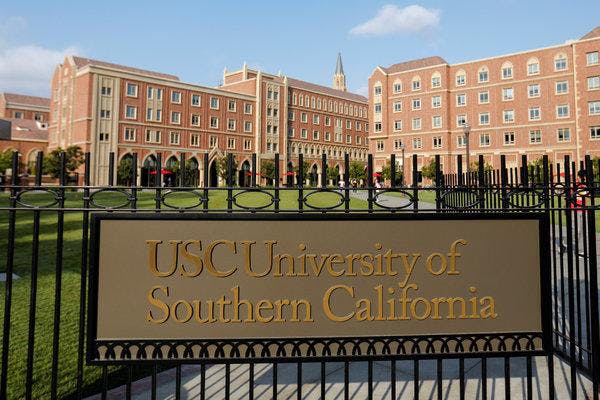 The money used for the more than $1.3 million in bribe payments will be applied to scholarships for underprivileged students, according to a USC spokesperson.

“We are still working to identify any other donations connected to the scheme,” the spokesperson said.

USC officials have said that they have identified six students so far who have connections to the bribery scheme in the “current admissions cycle.” Those students have been denied entry to the university.

Approximately half of the 32 parents who allegedly paid the life coach to fabricate their children’s applications wanted their kids to attend USC.

USC officials said they will now be conducting a detailed “case-by-case review of current students and graduates that may be connected to the scheme alleged by the government.”

“We will make informed, appropriate decisions once those reviews have been completed,” the spokesperson said.” Some of these individuals may have been minors at the time of their application process.”