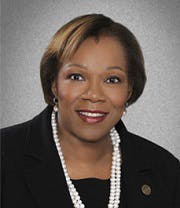 Universities across Illinois, including Chicago State University, launched a statewide campaign Thursday to raise awareness of the need and value for robust funding in higher education in the state.

The campaign focuses on increased funding for Illinois public universities as necessary for them to continue to drive economic growth and development in the state by developing its workforce, which contributes to attracting businesses to the state and keeping families in Illinois.

Funding for higher education across the state was significantly cut by hundreds of millions during a financial crisis that extended from fiscal years 2016 through 2018, forcing universities to defer maintenance and realign resources.

Since then, there has been a migration of students attending universities out of state.

The state legislature is discussing appropriated and capital funding for public universities, all of which have submitted detailed proposals about their capital and operational needs for this year’s budget and are requesting a funding increase.