The arrest of billionaire Jeffrey Epstein on sex-trafficking charges has raised new questions about whether Harvard University should return millions he donated more than a decade ago, MarketWatch has reported. 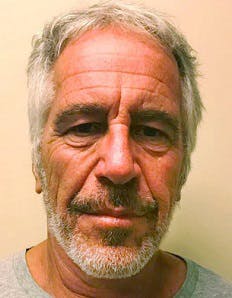 Epstein was charged Monday with sexually abusing dozens of girls, some as young as 14, and allegedly paying some victims to recruit other young girls. He pleaded not guilty.

His defense attorneys argue that the allegations were settled in Florida in 2008, The Associated Press reported, with one lawyer calling the charges “ancient stuff.”

Epstein, 66, signed a secret plea agreement with Florida prosecutors in 2008 that his victims were never told about.

When he was first charged in 2006, Harvard said it would keep $6.5 million he had given in 2003 to launch a mathematical biology and evolutionary dynamics program, according to the school’s Harvard Crimson newspaper.

The donation was one of several interactions Epstein has had with the school over the years.

The new charges have observers asking again whether the school would give back the money.

A spokesman for the university told MarketWatch this week that Harvard doesn’t comment on “individual gifts or their status.” While news reports at the time said Epstein had pledged to give a total of $30 million in 2003, the university said it could confirm that it had received only $6.5 million.