The U.S. Senate has confirmed Bob King to serve as the Department’s Assistant Secretary for the Office of Postsecondary Education. 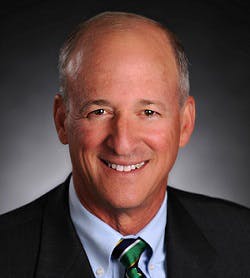 “We are excited to finally have Bob King confirmed by the Senate,” said education secretary Betsy DeVos. “His knowledge and expertise will be a tremendous asset as we continue to rethink higher education in order to better serve all students and prepare them for successful lives and careers.”

King was president of the Kentucky Council on Postsecondary Education and previously served as president and CEO of the Arizona Community Foundation and chancellor of the State University of New York system.

King, who has a bachelor’s degree from Trinity College and a law degree from Vanderbilt University School of Law, worked as a district attorney in San Luis Obispo, Calif. and Rochester, NY., before serving three terms in the New York state legislature.

He also served in the New York governor’s office as budget director and director of the Office of Regulatory Reform, and was appointed by President George W. Bush to the White House Commission on Presidential Scholars, where he served nine years.