Latinx children make up more than a quarter of elementary school students in the United States, but they’re increasingly segregated, according to a new study 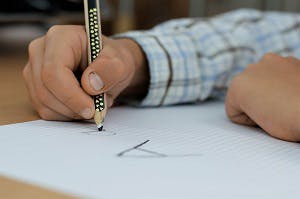 A generation ago, Latinx children attended schools that were 40-percent White on average. But by 2010, those schools were only 30-percent White, researchers found.

In the nation’s 10 poorest districts, schools attended by Latinx students were only 5-percent White, a 2-percent drop since 1998.

The study is a part of the Latino Contexts and Early Development Project, funded by the Packard and Spencer Foundations. Researchers from the University of Maryland and the University of California, Berkeley analyzed enrollment records from schools across the U.S. from 1998 to 2015, then compared them with district-specific data and trends among 7,200 kindergartners from 1998 to 2010.

Research found that Latinx students with immigrant parents were particularly isolated. In 2010, children of immigrant mothers attended schools where 78 percent of their classmates came from non-English-speaking families. For children of Latinx American-born mothers, only 10 percent of their peers didn’t speak English at home.

At the same time, the study showed “gains in upward mobility for many Latino parents,” said study co-author Dr. Yoonjeon Kim, a postdoctoral researcher at the UC Berkeley. The proportion of American-born Latina mothers who completed some college or more jumped by 14 percent.

The study also found that low-income students, regardless of race or ethnicity, are becoming less separated from their middle-income peers. The chances that a poor student and a middle-class student attend the same school rose by 10 percent.

“It’s essential that we consider hard evidence as the nation debates questions of fairness, segregation and immigration,” said University of Maryland sociologist Dr. Claudia Galindo, a co-author of the study. “Our findings show increasing racial separation for Latino children, while many parts of the country are better integrating poor and middle-class youngsters, a sign that we can make progress.”