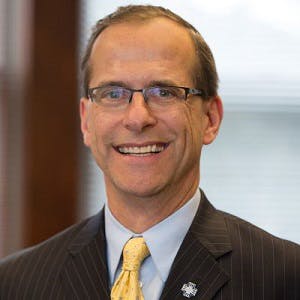 Friedrich began his presidency in Seward, Nebraska in 2004, serving Concordia University, Nebraska in a variety of positions over 28 years. In 1993, he worked as the dean of development and college relations before becoming assistant to the president a year later. He also served as vice president for institutional advancement in 1997.

The outgoing president described his time at Concordia University, Nebraska as “the thrill of a lifetime.”

Paul Schudel, chair of Concordia University, Nebraska’s board of regents, praised Friedrich for upping undergraduate enrollment, investing in capital projects on campus and securing a record endowment, among other accomplishments.

“We thank Brian for his extraordinary, faithful service to Concordia since his arrival in 1991, and most notably, since his assumption of the presidency in 2004,” Schudel said. “God has blessed the university through Brian’s leadership in so many ways …”

The school will soon begin a search for its 11th president.