A 74-page White supremacist manifesto was airdropped to several students’ cellphones in Syracuse University’s library on Tuesday, as reported by Buzzfeed News.

The incident, which is only one of at least 10 other hate-fueled episodes on the school’s campus since Nov. 7, has provoked growing fear for student safety. Other recent episodes have included racist vandalism, swastikas and hate speech toward Black and Asian students.

Classes have remained in session and the university has remained open. According to the university’s Department of Public Safety, no “direct threats” to campus could be verified. 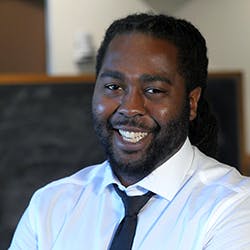 Just last Monday, New York Gov. Andrew Cuomo called the New York State Police Hate Crimes Task Force and the State Division of Human Rights to investigate the episodes. Now, following the latest occurrence, he has asked the university’s board of trustees to bring in an expert to investigate as well.

Some students have remained at home and other students continue a 6-day sit-in protesting the incidents, as reported by CNN. Many students have also taken to social media and voiced their concerns under the hashtag #NotAgainSU.

Meanwhile, assistant professor of American religion at Syracuse, Dr. Biko Mandela Gray, canceled classes on Tuesday in the wake of the unrest. On Twitter he asked his students to remain safe, writing: “Whiteness sees a White supremacist manifesto and sees ‘no direct threat.’”